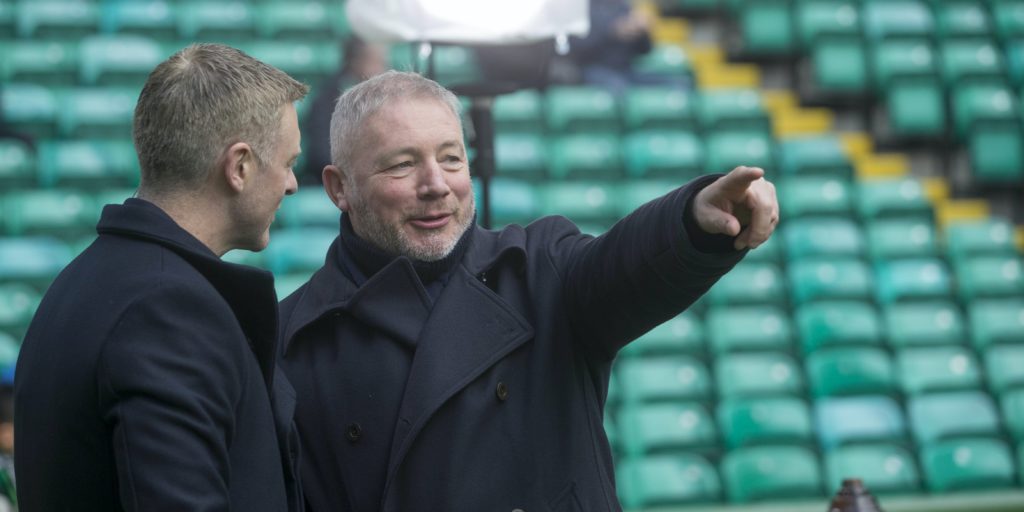 The former Gers player and manager believes the Hoops’ ninth successive championship will have an asterisk next to it.

Former Rangers manager Ally McCoist has offered sympathy to Celtic that they were “awarded” the Scottish title.

Celtic are celebrating a ninth successive championship after the SPFL board ruled the season could not be finished and decided final standings on a points-per-game average.

Rangers were 13 points behind with a game in hand and had nine matches left but had lost to Kilmarnock, Hearts and Hamilton in the seven weeks before the coronavirus pandemic forced play to be suspended.

McCoist said on talkSPORT: “As well as offering congratulations to Celtic – you have to have a degree of sympathy as well.

“I’ve gone on record as saying, and I stand by it, if you’re a Celtic player or a Celtic supporter, anyone involved with Celtic, you would have wanted to see the season finished. As did everybody else, because that’s the only fair way to do it.

“Listen, you have got to say Celtic have been the best team in the league this season by a considerable margin. That’s the facts of the matter.

“They’re 13 points clear, Rangers have got a game in hand. Could Rangers have caught them? Absolutely. Was it likely? No, not at all, and probably highly unlikely that Rangers caught them.

“The fact of the matter is they still could have caught them. The unfortunate thing for all the teams is the league campaign hasn’t been given the opportunity to finish.”

McCoist feels there is no question that an asterisk will be placed beside the achievements of Celtic and the other Scottish division winners Dundee United, Raith Rovers and Cove Rangers.

“There is a massive difference between the use of the words ‘asterisk’ and ‘tainted’. The title and the promotions aren’t tainted because it’s through no fault of their own, but you can’t argue there will not be an asterisk.

“The asterisk will say, through no fault of their own, this season has been different.”

Celtic manager Neil Lennon had earlier dismissed suggestions he would have sympathy for Rangers that their attempts to catch up had been denied.

“I have no sympathy for Rangers at all,” Lennon said. “I doubt very much any right-minded person would have envisaged Rangers catching us.

“Not only were we 13 points clear but we were 25 (ahead) in goal difference as well. So you could easily say we were 14 points clear.

“The only sympathy I have is for my own players, that they never got the chance to play out the season. We were also in the semi-final of the Scottish Cup and going for a fourth treble.

“In terms of the league championship, it was only going, in our minds, to one place.”