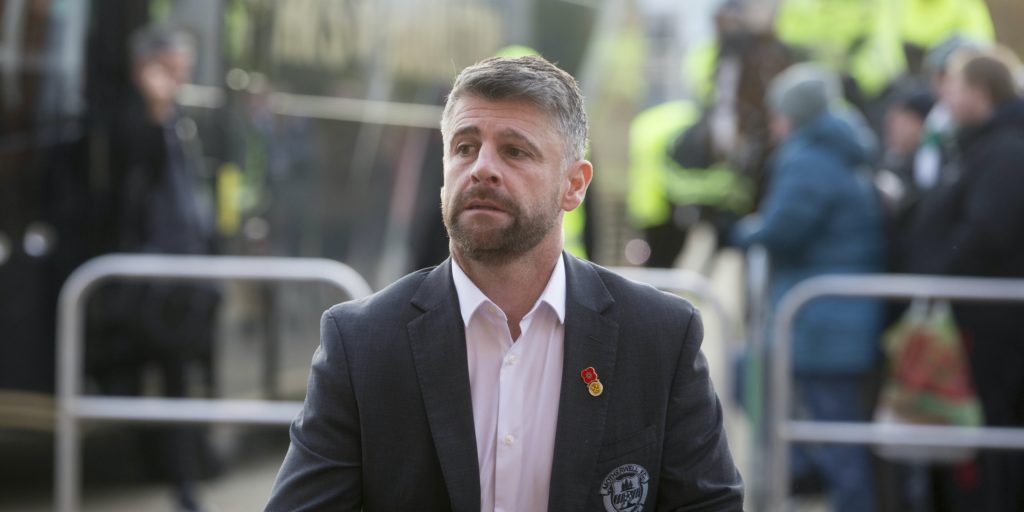 Decision was confirmed on Monday.

Motherwell manager Stephen Robinson had little time to savour being confirmed as the Ladbrokes Premiership’s third-placed team before telling a number of players they were no longer needed during a “bittersweet” day.

Robinson had been waiting for the clarity of the SPFL’s decision to call the season to make difficult calls to several players including forward Christy Manzinga. The club will release a full list at a later date.

While Motherwell fans could enjoy the achievement of finishing in the top three for the fifth time in 13 years on Monday, Robinson and assistant Keith Lasley started on an assignment made all the tougher by the lockdown and the economic climate.

“As much as we were happy with the achievement and getting the European spot, I had the unenviable task of phoning players and telling players through Zoom and WhatsApp calls with Las that they weren’t going to get contracts,” Robinson said.

“It was a bittersweet moment really, the hardest bit of football.

“It was no great surprise to a lot of players that I spoke to. We just had to get the basis of squad we are committed to, and three or four more players we want to sign.

“Difficult conversations but I think it was only fair to them to do it as quickly as possible to give them a heads up on their livelihood and career as up until then there was still a remote chance we may have come back to play the season out.

“There were one or two we probably, if finances dictated, would have given another year to see them progress. There’s a couple of boys we brought into Scottish and UK football for the first time that we felt another season would develop them.

“But we are not in a position to take gambles. We take a couple of gambles each year, for example Christy Manzinga we took a gamble on and, given another year, he might have really progressed but we just don’t have that option.

“Some of the younger players I feel now need to go and play football. They are not going to be in my first team. I think that’s only fair as well.

“But it’s tough. Really, really tough. I find it difficult with the younger players. You feel you are dictating their lives and, not ruining their careers, but making decisions that affect their livelihood and it’s not something I do lightly at all.

“I always have Keith with me as well and we try and give them reassurance. At this club we don’t throw them out the door. If we need to speak to agents and clubs, we will do that on their behalf, we try to help people.”

With Scottish football facing a potential delay in starting next season and a lengthy period behind closed doors, Robinson is still waiting to learn his budget for next season.

“Boys we have offered contracts to, we are still hoping to fulfil them,” he said. “It may be at a lower rate of pay.

“I haven’t got the budget yet but it’s going to be impacted, make no mistake. Every club in the country will be exactly the same, not just us.

“We are in a decent position in terms of where we finished and hopefully we get European football, but there will be a big impact on budget and the club, staff and Scottish football as a whole.

“We will try and fulfil the contracts to the younger boys we have offered contracts to, as that is who the club is going to be built around.

“I believe we have six or seven younger boys who are maybe a year away from establishing themselves. Some surprise you, some come quicker, but we have offered contracts to six or seven boys around 18-19 years of age who will be the back-up to the squad.

“I think a lot of clubs will have to run with smaller squads made up of younger players. We have always done that.

“The boys will be the back-up to the 15-16 first-team players that we will be able to run with.”