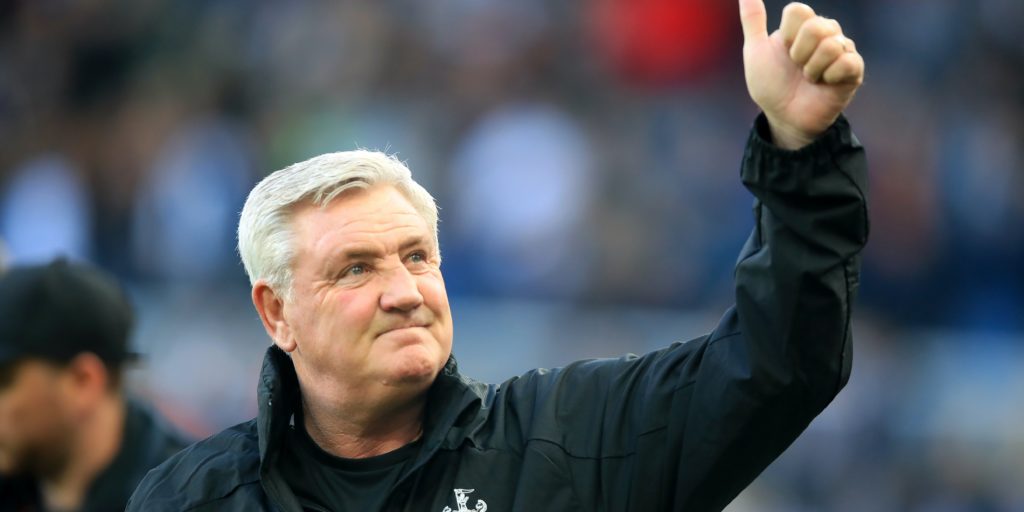 Small groups can train together from Tuesday.

Newcastle manager Steve Bruce has hailed the “meticulous” planning behind the Premier League’s return to non-contact training and hopes the season can be restarted and finished.

Top-flight clubs were set to resume training in small groups on Tuesday and Bruce believes the preparations have left no stone unturned.

“They have done everything they possibly can to make sure everyone is safe,” he told BBC Radio 4’s Today programme. “The attention to detail is fantastic. I think everything has been put in place.

“They have been meticulous in their planning. The vast majority of our squad are satisfied (with the first phase training protocols). Let’s get up and going and see where it takes us. I think all of us want to get it started and finished.”

Bruce is hopeful that clubs will be able to move on to contact training and then to a Premier League restart in the coming weeks once the players are fit enough to resume.

“Players have been off eight to nine weeks. Normally in pre-season it takes six weeks to get them right and six games (friendlies) so it’s going to be a bit of a shot in the dark but I hope we get the second phase (contact training) done.”

The first step involves small groups of up to five players working together, while practising social distancing, with sessions to last no more than 75 minutes for any one player.

The 20 top-flight clubs unanimously agreed the protocols for small group training to resume and will gather again on May 26 to discuss protocols for contact training.

June 12 has been mentioned as a start date, but the league’s chief executive Richard Masters has said that was only ever to be treated as a “staging post'”.

Premier League clubs will be subjected to spot-checks to ensure they are complying with training protocols, while the league has also committed to making every positive Covid-19 test public knowledge.

The league’s director of football Richard Garlick said: “We can request information from videoing of the sessions and GPS data, too.

“We are also looking at bringing in our own independent audit inspection team that we’ll scale up over the next few days which will give us the ability to have inspections at training grounds to start with on a no-notice basis.

“Gradually, we aim to ramp that up so we can have an inspector at every training ground. That will enable us to give everyone confidence that the protocols are being complied with, and give the public confidence that we are trying to create a very safe working environment.”

The results of the first round of coronavirus testing will be confirmed on Tuesday afternoon.

However, a number of players have expressed concerns over a potential return to action in recent weeks and Watford captain Troy Deeney has said he will not be reporting for training.

Speaking to Eddie Hearn and Tony Bellew on their Talk the Talk YouTube show, the Hornets strikers said: “It only takes one person to get infected. I don’t want to bring that home – my son is five months old and he’s had breathing difficulties.

“I’ve lost my Dad, my Gran, my Grandad… I’ve lost more or less everyone that I care about. So that, to me, is more important than a few quid in my back pocket.”