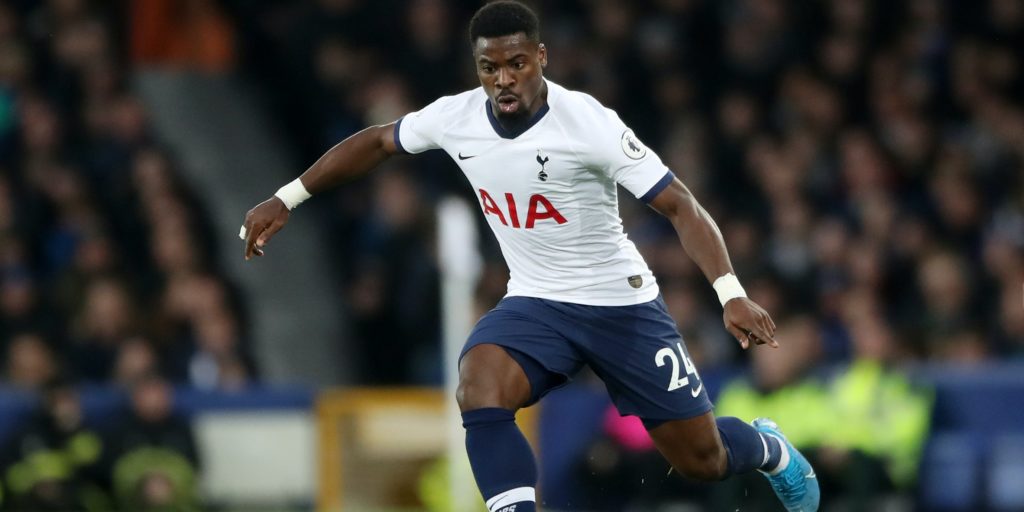 The Spurs right-back has defended his decision to get a haircut.

Tottenham defender Serge Aurier has defended his decision to get a haircut in lockdown after appearing to breach social distancing rules for a third time.

Spurs are investigating after the 27-year-old right-back posted a picture on Instagram on Tuesday night showing off his new looks and tagging the stylist – barber Justin Carr – in his post.

Aurier then responded to criticism of his actions with a further post.

After writing “Bla-bla-bla” followed by several snoozing emojis, Aurier wrote: “my hairdresser is negative and me too so stop talking in a vacuum and put on masks and gloves when you come to take pictures at the training center its part of the rules too”.

A Tottenham statement said: “We are investigating the circumstances and will deal with the incident appropriately.”

Aurier has previously been forced to apologise twice for breaking lockdown rules, having posted a videos of himself running with a friend, and also training with Tottenham team-mate Moussa Sissoko.

Spurs were also criticised last month when manager Jose Mourinho was seen taking a training session in a north London park with Tanguy Ndombele, while Davinson Sanchez and Ryan Sessegnon were spotted running together.

Prior to posting about his new haircut, Aurier had shared a short video of his return to training on Tuesday as players began solo sessions for the first time.