Sunderland say League One season must be finished on the pitch 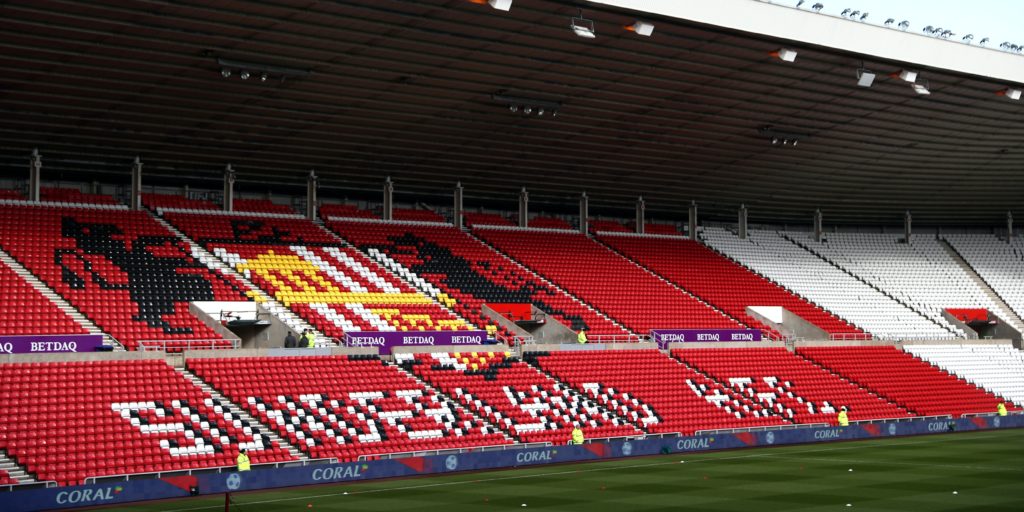 Sunderland insist the League One season must be finished on the pitch, “not in a meeting room and most certainly not in a courtroom”.

There is disagreement among third-tier clubs about how to proceed after the season was suspended in March due to the coronavirus pandemic.

Rochdale have said they are firmly behind the English Football League collective and would accept a majority decision, but are in favour of ending the season now on a points-per-game basis.

Sunderland were part of a group of six clubs who announced last Thursday their commitment to completing the season on the pitch, and the club’s chief executive Jim Rodwell says their view has not changed.

“We believe that any league placings should be determined by what happens on the pitch, not in a meeting room and most certainly not in a courtroom,” he said.

The EFL said on Friday that a framework has been agreed in the event of the season being forced to conclude prematurely, using an unweighted points-per-game (PPG) system, the retention of the play-offs plus promotion and relegation.

Tranmere chairman Mark Palios, whose club are currently third from bottom in League One, said on Tuesday night he believes the season should end now but does not think PPG should decide which teams are relegated to League Two.

Clubs in League Two indicated a preference to end their season primarily due to the costs of continuing, with no matchday revenue coming in and the expense of testing.

Sunderland chief executive Rodwell, though, says that is a price his club are willing to meet.

“Fulfilling our remaining fixtures will come at considerable cost, but it sets a deeply concerning precedent for professional football clubs to decide against completing competitions they have entered because they don’t feel like doing so,” he added.

“Neither fixtures being suspended for public health reasons or matches being played behind closed doors are novel scenarios, but both have happened in the past without clubs opting against fulfilling fixtures and altering competition rules.”

The EFL board is understood to be meeting this afternoon to consider League Two clubs’ proposal for curtailment, which would exclude any club being relegated to the National League.

The team who were top when the National League season was suspended – Barrow – could yet be promoted because of Bury’s demise last summer, but if relegation is blocked then no other team could come up with them.