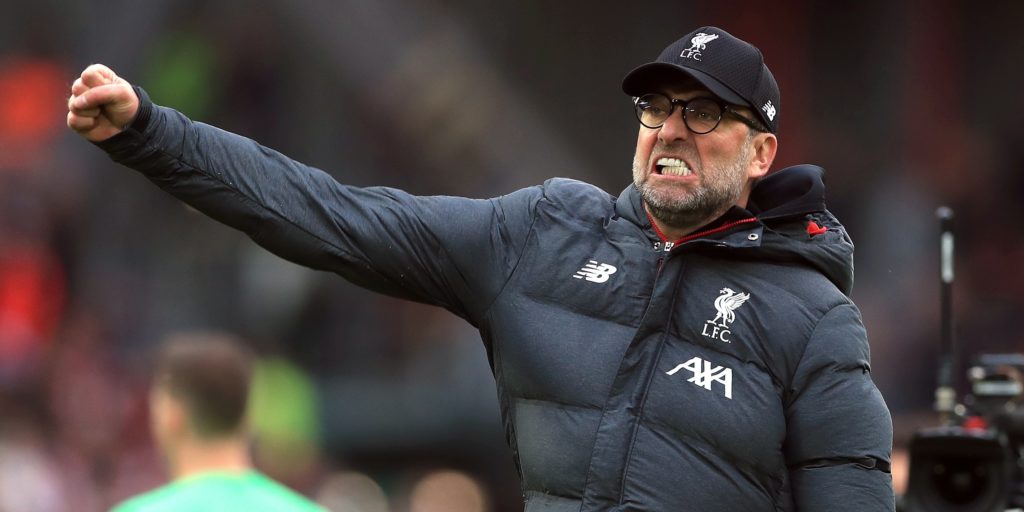 Liverpool were 25 points clear of second-placed Manchester City when the top-flight was halted on March 13.

Liverpool manager Jurgen Klopp revelled in a return to training on Wednesday for the first time since the coronavirus pandemic brought football to a standstill in mid-March.

Players and coaches of the runaway leaders of the 2019-20 Premier League season practised in small, socially-distanced sessions at their Melwood training base.

Klopp said on Liverpool’s official website: “The morning started already really well – I woke up even earlier than usual, and then I realised it is my first day.

“It felt like the first day at school; for me, it was 46 years ago, but it must have been similar. I dressed myself in my uniform again – and for the right reason, for going to training.

“I drove to Melwood and was really happy to see all the boys. I didn’t see all the boys yet, I only saw 10 of them and the coaches, which is a good start, I would say. They all look in good spirits.

“We started with training, good things, not the highest intensity but the boys look in good shape.”

Liverpool were 25 points clear of second-placed Manchester City when the top-flight was halted on March 13 and, if ‘Project Restart’ goes ahead, the Reds will need just two wins from their nine remaining fixtures to win the title.

It would be a historic first Premier League crown for the Merseysiders and one they are widely expected to achieve.

However, Klopp expects there to be a swift turnaround between the end of this campaign and the start of the next one, and he is preparing for such an eventuality.

He said: “We don’t know exactly how long we have, but we have some time to prepare the rest of this season and already the next season because I don’t think there will be a massive break between the two.

“We don’t know exactly but we should prepare for a rather shorter break between the two seasons. It means that’s our training period, so use it.

“It’s a pre-season for us. We don’t know how long and we will not have test games or friendlies. Maybe we can organise it between us when we are allowed to, but it will not be the same like in other pre-seasons.

“We have to make sure we are as fit as possible for the first match; even for the second; and probably, 100 per cent, for the third. Or whatever, it depends how long we will get.”

Klopp, who revealed there were no absences on the first day of training, took solace from the enforced hiatus allowing his players a chance to rest, even if the reason for a break was far from ideal.

“That’s good from one point of view – finally they got a real rest. On the other side, you cannot rest when you are worried about the situation in the world, not in the same way like you do on a proper holiday. But it’s the situation.”