On this day in 2015: Jamie Vardy receives first England call-up 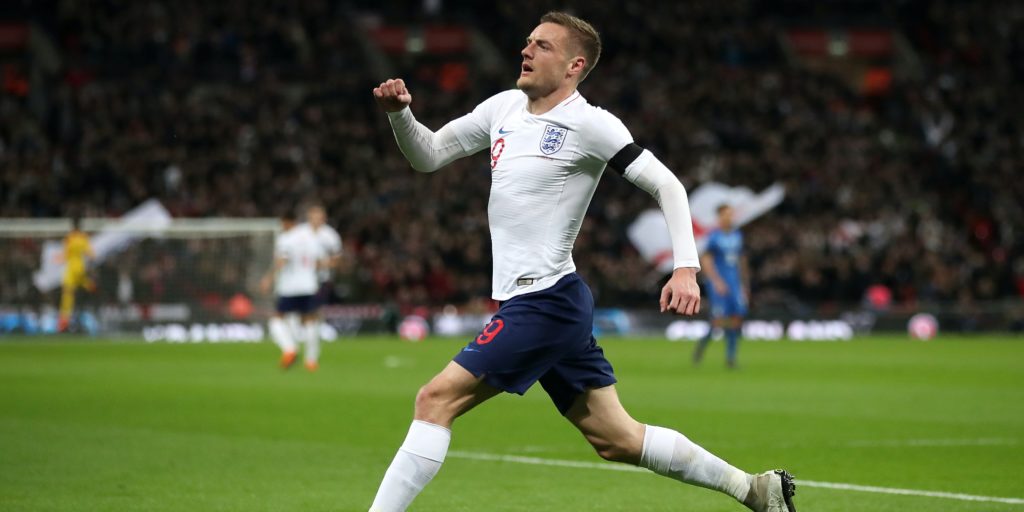 Vardy opted to step away from the national side in 2018.

Jamie Vardy scored seven goals in 26 appearances for England after his first call up on this day in 2015.

Here, the PA news agency looks at his debut and the Leicester striker’s international career.

That Vardy had been called up for the friendly against Ireland and Euro qualifier against Slovenia showed England’s lack of options at the time given he had only scored four goals for Leicester in a debut Premier League season. He had helped the Foxes to the great escape from relegation – to pave the way for their 5,000-1 title triumph in 2016. But he proved to be a fixture in the Three Lions’ squad – and has now scored 99 Premier League goals.

He and Charlie Austin, who had scored 17 goals for relegated QPR, were selected with Daniel Sturridge injured and Harry Kane dropping down to the under-21s for the European Championships that summer.
Vardy made his debut as a second-half substitute in Dublin, replacing Wayne Rooney to cap his remarkable rise after playing in the National League for Fleetwood just three years earlier. He could not find a debut goal, though, as the game finished 0-0.

Vardy did not score his first England goal until March 2016 – in his seventh game – but it was worth the wait. It came in an impressive 3-2 win in Germany as he scored with virtually his first touch – a brilliant backheel – after coming on as a second-half substitute. Six more followed – including when he came off the bench to turn the game around and score to help England beat Wales 2-1 at Euro 2016.

Overall Vardy made 26 appearances, scoring seven times, before making the decision to all-but retire from international football after the 2018 World Cup. He wanted to focus on his club commitments with Leicester and he also admitted travelling but not playing much was a factor. “I think that had an impact. When you get selected you want to be playing. If you’re playing week in, week out for your club, you want to be going to England to play as well,” he told the Guardian at the time.