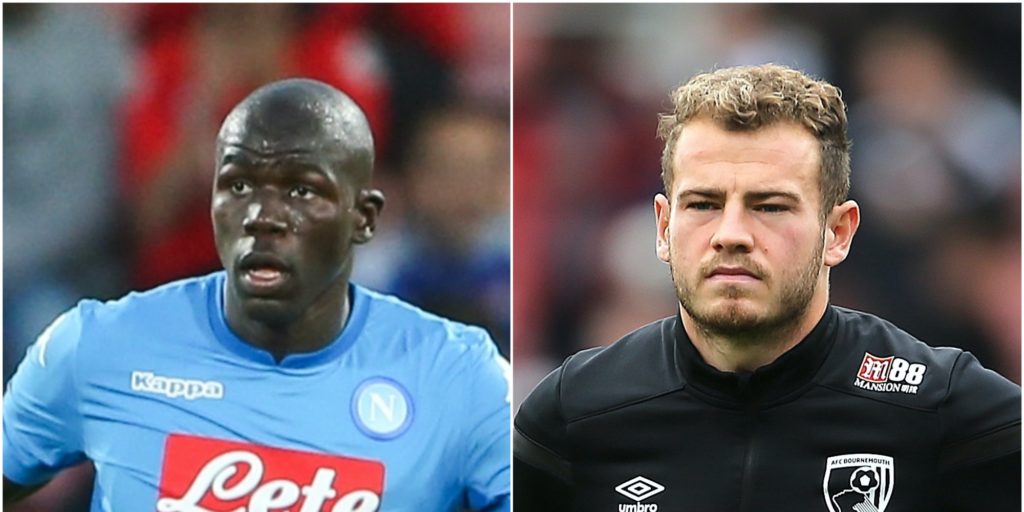 Koulibaly, Fraser and Umtiti are making headlines on Friday.

Manchester United will be looking to reinforce their defence over the summer and will be looking to Napoli’s Kalidou Koulibaly as a solution, the Daily Express reports. The Senegal international was also wanted by Paris Saint-Germain, but the Ligue 1 side have opted not to pursue their interest.

Ryan Fraser is wanted by Crystal Palace, reports the Daily Express. The winger, currently on the books of Bournemouth, would prefer a move to Tottenham but Jose Mourinho does not think the 26-year-old is ready for a top six club.

Arsenal are looking to Manuel Akanji to solve their defensive woes, with the Dortmund man subject of the Gunners’ interest since January, reports the Sun. The paper adds that the club will look to spend around GBP 25m on the Swiss international.

Nuno Mendes has caught the eye of Manchester United, after Nani recommended the Sporting Lisbon left-back as one to watch for the future, according to the Daily Star.

Wolves are said to be one of a number of clubs keen on Celtic and Norway defender Kristoffer Ajer, with Leicester and Everton also keen on the 22-year-old, reports the Birmingham Mail.

Miralem Pjanic: Chelsea are keen on the Juventus midfielder, but the 30-year-old is not interested in a move to the Premier League, says Mundo Deportivo.

Adrien Rabiot: Everton and Arsenal are both looking to put in a bid for the 25-year-old, according to Le10Sport.