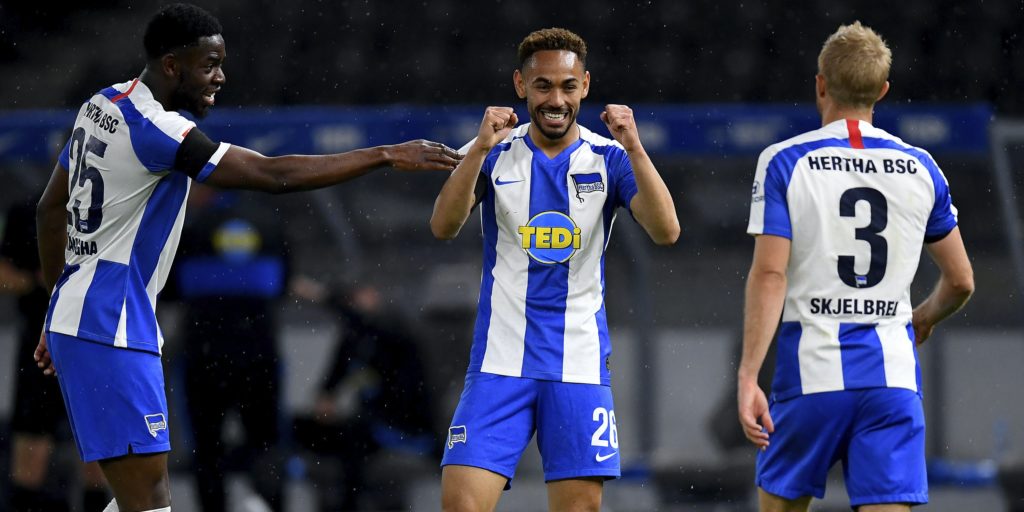 The match was only the sixth Berlin derby in Bundesliga history.

Boyata headed home from an 80th-minute corner to consign Union Berlin to a 4-0 defeat at the Olympic Stadium.

Hertha moved four points ahead of their neighbours into 10th place in the Bundesliga following the first fixture of the second weekend of action since the German top-flight resumed following the coronavirus shutdown.

The match was only the sixth Berlin derby in Bundesliga history and the second between the two teams. Union, from the east of the city, had triumphed thanks to a late penalty in November, almost 30 years to the day since the Berlin Wall came down.

The home side turned the screw in this contest with two goals in two minutes early in the second half, Vedad Ibisevic heading home emphatically in the 51st minute and Dodi Lukebakio rounding the goalkeeper to net soon after.

Matheus Cunha added a third in the 61st minute before the fourth from Belgium international Boyata, who sparked controversy last weekend when he was photographed appearing to kiss a team-mate during his team’s first match back.