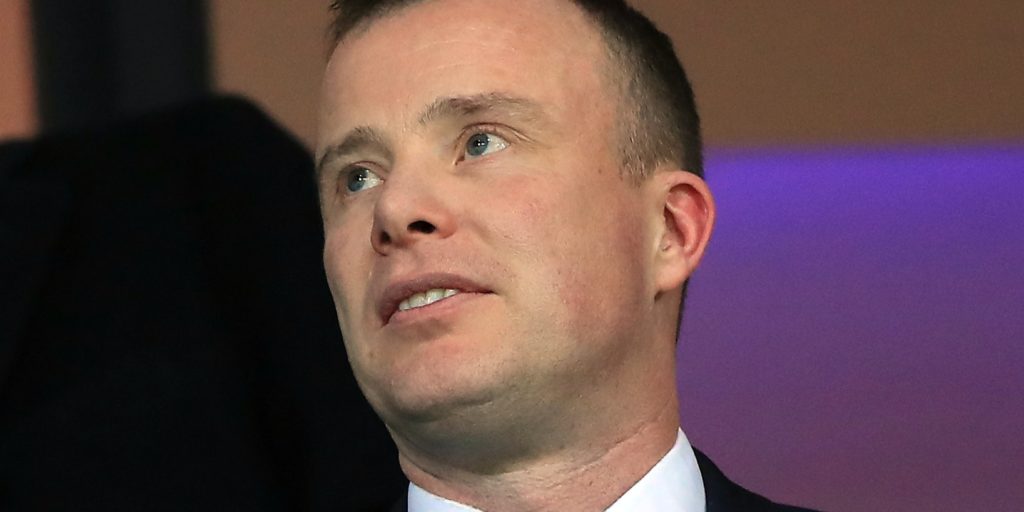 United are top of the Championship.

Leeds chief executive Angus Kinnear has claimed it would be a “national embarrassment” if England’s top two divisions could not complete their seasons while major leagues across Europe return to action.

Kinnear, writing in the Yorkshire Evening Post, said the Championship leaders are eager to complete the campaign on the pitch, even if curtailment would see them secure promotion on a points-per-game basis.

And, pointing to the Bundesliga’s return last weekend, Kinnear said it was vital that both the Premier League and the Championship – which ranks as one of the world’s biggest leagues in terms of attendance – see the campaign out on the pitch.

“England had some of the finest sports scientists and football administrators in the game and the time has come for us as a sport to stop repeatedly framing the challenges and start delivering on the solution,” Kinnear wrote.

“It would be a national embarrassment if the Bundesliga, La Liga or Serie A were to be able to complete safely and the first and fifth biggest leagues in the world were not able to follow suit if the context remained comparable.”

Premier League players have begun returning to training this week after being tested for coronavirus – with a total of six players and staff testing positive from the 748 results revealed so far – numbers which Kinnear said “gave a firm indication of how manageable this challenge is becoming”.

The EFL, which is around a week behind the the Premier League, has laid out its own training protocols while also confirming that if play is not possible divisions will be determined on a points-per-game average with promotion and relegation applied.

“If Leeds United wanted to be opportunist we could have seized on this ‘point per game’ commitment to push for an early curtailment in concert with some already very vocal self-interests,” Kinnear wrote.

“However, our intention has always been to do all we can to complete this season where we started it – on the pitch.”