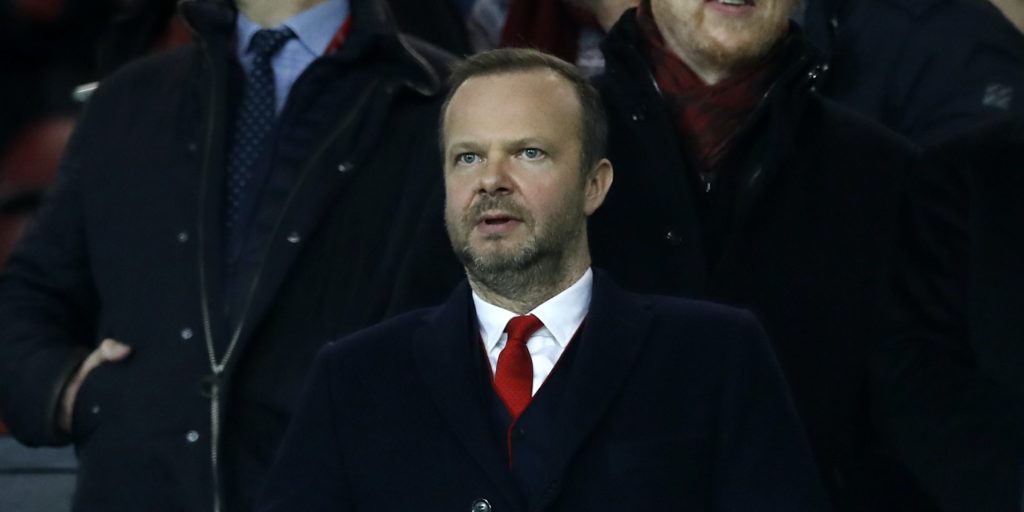 United recorded an overall loss of £3.3million in the club’s third-quarter results.

Ed Woodward believes Manchester United are resilient enough to cope with “one of the most extraordinary and testing periods” in their 142-year history after the club offered a taster of the coronavirus’ vast financial impact.

Ole Gunnar Solskjaer’s men last played 10 weeks ago, when they thrashed LASK in a Europa League last-16 clash forced behind closed doors due to Covid-19 measures in Austria.

The Premier League was suspended the following day and that has taken its toll on the balance sheet, with United withdrawing previous guidance of revenues reaching up to GBP 580million in 2019-20.

Their third-quarter results up until March 31 accounted for just 18 days of football’s suspension, but United recorded an overall loss of GBP 3.3m for the quarter as broadcast revenues dropped 51.7 per cent compared to the previous year due to an anticipated GBP 20m rebate to broadcasters.

With GBP 15million of that figure included in these results, chief financial officer Cliff Baty said the Old Trafford giants “estimate that Covid-19 had a negative impact of roughly GBP 23m” on their revenues until the end of March.

The true impact will not become clear until the end-of-year results, but resilience was the buzzword as Woodward and other executives spoke to investors.

“We’re well-positioned, both operationally and financially, to navigate this global crisis and we very much look forward to returning to play and building upon the strong on-pitch momentum we experienced up to mid-March when we stopped.”

United’s third quarter results showed revenue dropped 18.7 per cent over the prior year’s quarter to GBP 123.7m as a lack of Champions League football compounded the Covid-19 situation, while debt rose 42.2 per cent to GBP 429.1m.

The company had GBP 90.3m of cash balances together with access to an additional GBP 150m available under the company’s revolving credit facility, providing “financial flexibility to support the club” through the coronavirus disruption.

Woodward said they “remain firmly optimistic about the long-term prospects” on and off the field “once we have worked our way through what is undoubtedly one of the most extraordinary and testing periods in the 142-year history of Manchester United”.

United managing director Richard Arnold echoed those sentiments, saying that “this club has endured two World Wars, a global depression, the credit crunch and a previous pandemic” during their history.

But Arnold said “the economic ramifications from this global pandemic will continue to resonate for years to come”, with Woodward saying the “crisis will not disappear overnight” despite optimism about domestic football resuming next month.

“While it is too soon to know with any certainty if, or when, those measures can fully be relaxed, we are optimistic that it will soon be possible to resume playing football,” the Woodward said.

“Our men’s first-team has begun a phased return to training this week, with rigorous medical protocols in place to manage risks.

“Subject to Government and Premier League shareholder approval, including input from medical staff and players, we anticipate domestic games could restart again in June. Furthermore, all indications from UEFA are that the culmination of the Europa League could be during August.”

Woodward says they have been encouraged by the return of the Bundesliga, with it “now inevitable that our matches will initially be played behind closed doors when the season resumes”.

The United chief hopes it will allow them to “complete all of its competitions in the current 2019-20 season by the end of August, and to start next season in time to target completion of next season still in May 2021” as a summer tour was ruled out.

“While there are still many uncertainties to resolve, we are looking forward to Ole and the team returning to the pitch soon to defend the strong momentum that they achieved with their 11-game unbeaten run in the Premier League, Europa League and FA Cup immediately before the season was suspended in mid-March,” Woodward said.

“Our third-quarter results published today reflect a partial impact that the pandemic has had on the club, while clearly the greater impact will be in the current quarter and likely beyond.”