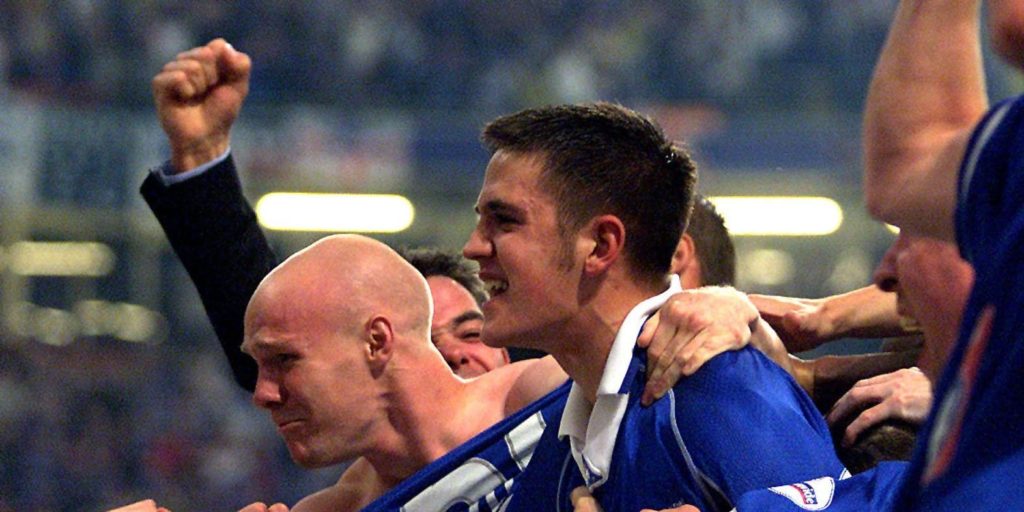 The midfielder helped Birmingham reach the Premier League in 2002.

Nerveless teenager Darren Carter made himself a hometown hero when firing Birmingham back into the top flight after a 16-year absence.

Few could have foreseen the Blues returning to the big time early in the 2001-02 season, with under-fire Trevor Francis getting the axe in October after an underwhelming start to the campaign.

Mick Mills and Jim Barron took temporary charge and Birmingham were well outside the top six when Steve Bruce belatedly arrived that December.

The managerial change brought about an improvement in fortunes at St Andrew’s, which was welcoming play-off football for the fourth successive season after the former Manchester United captain steered them home fifth.

After the first leg ended 1-1, Millwall were narrowly seen off 1-0 in London as the Blues finally overcame their struggles that had seen them fall at the semi-final stage in each of the previous three seasons.

Norwich awaited at the Millennium Stadium in Cardiff, where 18-year-old substitute Carter wrote his name into club folklore.

A tense clash ended goalless after 90 minutes, with Iwan Roberts breaking the deadlock moments after extra-time got under way in Wales.

Geoff Horsfield got Birmingham back into it and took the play-off final into a penalty shootout, where callow midfielder Carter showed remarkable maturity to hammer home the fourth and vital strike to send the blue hordes wild.

Bruce expressed his delight for Carter and his “Blue through and through” family a year on from the midfielder watching his beloved Birmingham lose on penalties to Liverpool in the Worthington Cup final at the same venue.

“I won’t sleep for days now,” Carter said. “It’s unbelievable. Birmingham fans have been waiting for this for a very long time.

“I was a fan and I know how much it means to them. This season is my first and to be playing in the Premiership next year is absolutely unbelievable.”