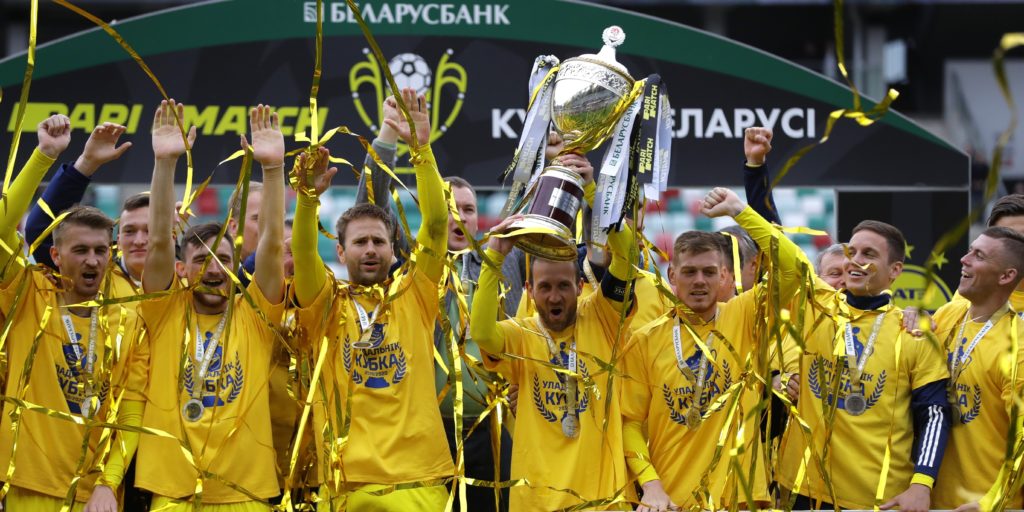 It was a record fourth success for the club.

With the tie seemingly heading for penalties, Zakhar Volkov struck with just over 20 seconds left of stoppage time in Minsk to secure his side a record fourth cup success.

The coronavirus pandemic had seen most of Europe’s football halted but the sport continued in Belarus, where mass gatherings have not been banned.

The attendance for Sunday’s final was reported to be around 5,000 in the 22,000-seater Dinamo Stadium – 2,000 fewer people than were recorded to have watched the 2018 final between the same clubs.

After two hours of goalless football, Brest failed to clear a corner and following a scramble the ball fell for Volkov to volley home from near the penalty spot.

It sparked wild scenes among the players who marked the goal with a mass celebration involving players, substitutes and coaches.