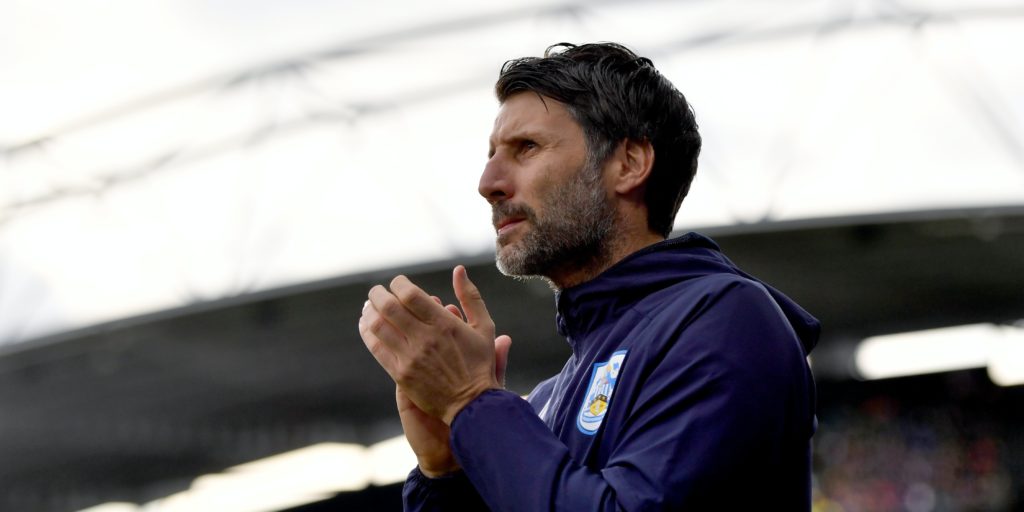 The Huddersfield manager will not put his players under pressure to return as Championship clubs begin training on Monday.

Huddersfield manager Danny Cowley admits Championship footballers have “fears and concerns” as they begin training on Monday and will not put pressure on any of his players to return.

As the football world slowly starts to try to get back to some normality, Cowley says the well-being of his players has “weighed on my mind” during the coronavirus lockdown.

And that concern continues as training starts again with the prospect of playing out the season behind closed doors in the next few weeks.

Cowley said: “We have had communication with all our players. We have tried to listen to their fears and concerns.

“We have spent a lot of time trying to make the training ground as safe as possible. I believe we have a safe environment for the players.

“It’s as safe as any industry but there will still be some anxiety and we have to expect that.

“Some live with members of their family who are vulnerable. Some have new-born babies.

“I will not put any pressure on anyone to return. I totally respect there will be anxiety. It would be naive to think otherwise.”

Cowley, an ambassador for the partnership between the EFL and mental health charity Mind, believes he has a responsibility to support his players and their mental health especially during such a difficult period.

As Mental Health Awareness Week draws to a close, he encourages his staff to discuss and share their problems.

“Men, especially competitive men, may see it as a weakness. One benefit of social media is people are able to open up more and share their feelings. We try and encourage that with our players.”

Huddersfield have “an incredibly supportive” network at the club, and also use other resources such as the PFA and Sporting Chance.

Cowley particularly noticed the strain on his players when he took over at the West Yorkshire club in September last year.

The Terriers had been a “force of nature”, said Cowley, in their first season in the Premier League under David Wagner in which they managed to avoid relegation.

Their second season was a disaster as Wagner left and the club was relegated under Jan Siewert after a woeful campaign. That terrible form continued in the Championship and Siewert was sacked after just seven months in charge.

Cowley and his brother Nicky were brought in from Lincoln in September and the club’s form improved – they currently sit 18th in the table but remain in a relegation fight.

That second season in the Premier League had an enormous impact on the players.

Cowley said: “Naively we probably underestimated the toll it had taken. The club had gone for such a long period without winning. A lot of the players had a deep care and those who had the deepest care were much more affected.

“Promotion and survival that first season was a football miracle but the Premier League can be very unforgiving particularly for smaller clubs.”

Midfielder Jonathan Hogg spoke openly about how in the second season he was not enjoying playing and was struggling at home. The form of play-off hero and captain Christopher Schindler had also been affected.

Cowley said: “Our captain had a huge responsibility. For Chris I had to take that responsibility off him. We needed him to play and get back to his best. We have one of the best, if not the best, centre half in the division. “

Cowley described Hogg as “an incredible human being” who had experienced a “tough time”.

“He has incredible determination and resilience,” he said.

“When you see it affecting a real man’s man you can see it can impact anybody. He’s spent all his life training for physical health. We all have the responsibility to train the players mentally.”

Cowley is a great believer in detail, and takes seriously the mental health of his players as well as their physical health. Understanding the footballer is important, especially when he first took over.

“In that first period it was about building relationships,” he said.

“I see a lot of coaches and managers in different fields who want to make an instant impact. – but you have to build relationships first.”

Those relationships will become important over the next few weeks – along with the individual training plans that the club has had in place during lockdown – when the Championship season hopefully starts again.

“We have the biggest nine games of our lives ahead of us,” said Cowley.

“We are ready to start as soon as we are given the go-ahead.”