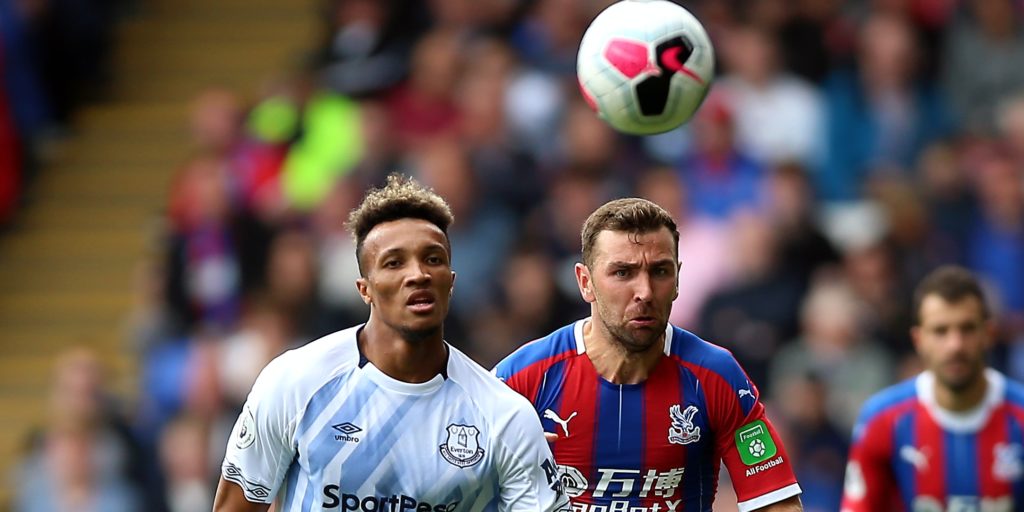 Everton’s GBP 25million midfielder Jean-Philippe Gbamin is hoping to time his recovery from injury to coincide with the Premier League’s potential return next month.

There were big hopes for Gbamin when the 24-year-old joined Everton from Mainz last summer, but he suffered a thigh injury in only his second appearance back in August and is yet to return after a number of setbacks in his recovery – the latest a quad injury which required surgery in February.

But Gbamin has stepped up his rehabilitation as Everton players returned to their Finch Farm training base last week and said he believes he can be ready to play within three to four weeks – which could see him ready close to the Premier League’s mooted return date of June 19.

“It is great to be back at Finch Farm with my teammates. I have my feeling back that I can get playing again,” Gbamin said on the club’s website.

“I am training with a view to playing this season if the Premier League returns. I feel good, fully recovered and I am ready. We are taking it slowly because it was a big injury. It was not easy but I think if the games start to be played in the Premier League then I think I can play.”

Before last week, Gbamin was working on his recovery at home with the aid of gym equipment sent to him by the club during lockdown.

But though that kept him ticking over, Gbamin believes he can step up his progress now players are allowed back to Finch Farm.

“My day would be mixed up of gym work at home and then going for a jog in the park in Liverpool,” he said. “Now we are back at Finch Farm I’m hopeful of more progress.

“My focus is to get back up to 100 per cent. I won’t get there straight away because I’ve not had much football in my legs but that will come.

“Since my operation everything has gone well. I feel like in three or four weeks I can be back in full training and be ready to go.”