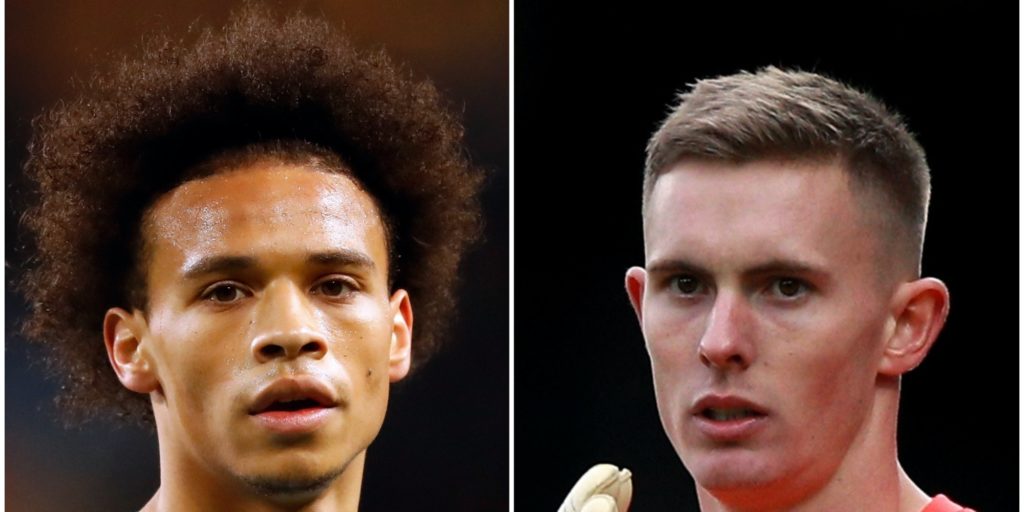 Pep Guardiola is hoping on poaching a Bundesliga talent if Leroy Sane returns to Germany.

Manchester City are reportedly planning for the eventuality that Leroy Sane returns to Germany. The Daily Mail says City will target Bayer Leverkusen winger Leon Bailey if 24-year-old Germany international Sane rejoins the Bundesliga, where he is expected to land at Bayern Munich. Bailey has been watched by City’s scouts for the two seasons, with Sky Blues manager Pep Guardiola preferring adaptable players like the 22-year-old Jamaica international who can play on either flank.

Staying in the north west where Manchester United are prepared to give Dean Henderson an extension to his loan so he can finish the season with Sheffield United. The England goalkeeper, 23, is supposed to return to Old Trafford after June 30 but the season has been extended due to the coronavirus pandemic. Sources at Bramall Lane have told The Daily Telegraph they are confident of a “positive outcome” for Henderson, with Blades boss Chris Wilder earlier saying it would be “morally wrong” if the 23-year-old was
not allowed to finish his campaign in Sheffield.

Jeremie Boga is not coming back to Chelsea, according to The Guardian. The Ivory Coast winger came through Chelsea’s youth system before progressing briefly to the senior side in 2015. He has impressed since moving to Italy’s Sassuolo in 2018, but the newspaper says Chelsea will not exercise their buyback clause of about GBP 13m and instead will try to get a percentage of the sale of the 23-year-old. Napoli are among the sides circling the young talent.

The Daily Star reports Steve Bruce has the support of Newcastle’s players despite headlines linking his job with former Toon manager Rafa Benitez and ex-Tottenham boss Mauricio Pochettino. A Saudi-backed takeover of the club is imminent, leading the Geordies to be linked with a raft of Europe’s biggest managers. But the players crave stability after Benitez’s departure almost a year ago, and have fallen in behind the popular Bruce, 59, who has almost ensured his hometown club’s Premier League safety.

Timo Werner: Former Borussia Dortmund player Paul Lambert has said the RB Leipzig striker, 24, would “fit in” at Liverpool due to his natural speed, according to the Daily Mirror.

Odion Ighalo: The 30-year-old is desperate to stay at Manchester United despite the club failing to agree a deal with China’s Shanghai Shenhua to keep the Nigeria striker at Old Trafford beyond May 31, reports the Daily Star.