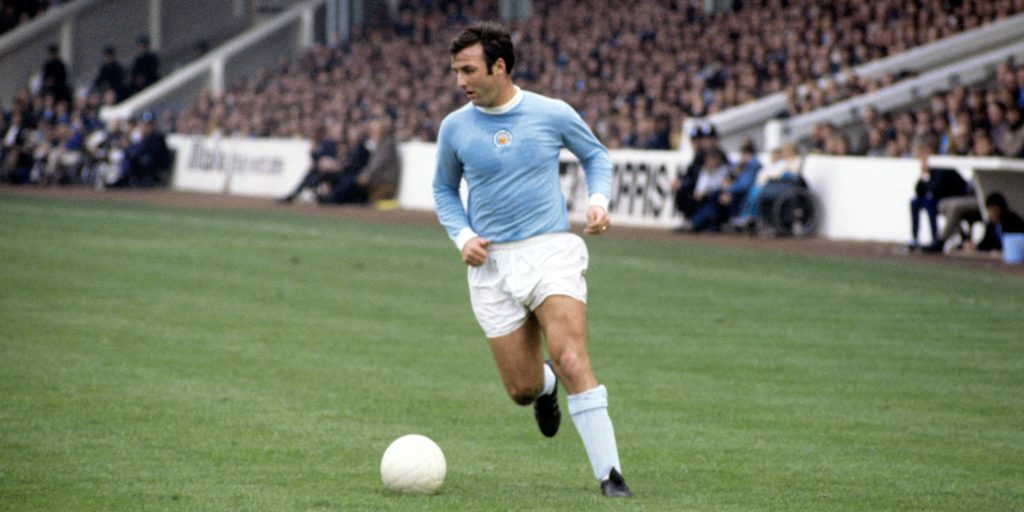 A skilful full-back and still the youngest player to represent the club at 15 years and 314 days.

Glyn Pardoe, who has died aged 73, was a key member of the Manchester City side that won four trophies, including the First Division title, in the space of three years from 1968-70.

He became the youngest player to represent the club when he made his debut at the age of 15 years 314 days in 1962 – a record that still stands.

A skilful and defensively excellent full-back, Pardoe remained a one-club man until his retirement in 1976, although his promising career never recovered from the effects of a horror tackle from George Best in 1970.

Pardoe suffered a double fracture of the leg in a heavy challenge from the Manchester United star, an injury which almost cost him the limb and sidelined him for two years.

Pardoe, the son of Leslie and Mary Pardoe, was born on June 1, 1946 and raised in the in the Cheshire town of Winsford.

Football was his passion from a young age and he attracted interest from both Everton and City after representing both Mid-Cheshire and England schoolboy sides.

He opted for City, signing as an apprentice in 1961, because his cousin Alan Oakes – who went on to set the club’s all-time appearances record – was already on the books. He played in a variety of positions in his youth and it was initially as a centre forward he impressed.

Due to injuries, he was fast-tracked into the team before turning 16, making his debut in a 4-1 defeat by Birmingham on April 11, 1962.

“I don’t think I ever thought about my age,” he said. “I’m sure others did, but to me it was just a great opportunity.”

Pardoe then became a semi-regular in the side, although some lean years followed with relegation to the Second Division. His career took off after the arrival of the management team of Joe Mercer and Malcolm Allison in 1965.

City returned to the top flight and Pardoe gradually evolved from playing forward to becoming a right-half and then, ultimately, despite being right-footed, a left-back.

It was in this position he excelled, with his attacking instincts and passing ability, allied to a talent for defending, making him a cultured performer.

He was part of the backbone of the team that won the title in 1968, the FA Cup the following year and the League cup and European Cup Winners’ Cup in 1970.

Unfortunately for him his career was as much remembered for the injury that effectively ended it as these achievements. City thrashed rivals United 4-1 in December 1970 but the main talking point was Best’s late challenge on Pardoe.

Best lost control of the ball and then slid in on Pardoe in an attempt to regain possession, catching his opponent on the leg.

Pardoe was taken to hospital and required surgery but as he developed circulation problems, there were initially fears amputation might be the only way to prevent the situation worsening, even becoming life-threatening.

Speaking in 2004, Pardoe said: “Apparently I broke my leg and an artery was trapped. I’ve been told that I was within 20 minutes of losing my leg. They had decided that removing my leg would save my life, but fortunately the operation they eventually did meant that my leg was saved as well.”

He added: “Even now I still haven’t got full movement back, but I do feel fortunate that I am still alive and I still have my leg.”

Best insisted there was no malice in the tackle, for which he was only booked after the referee, who had not even awarded a foul, took advice from the linesman.

Best wrote in his autobiography: “There was a terrible cracking noise and I knew instantly that he’d broken his leg. It was totally accidental and I felt awful. When something like that happens, you don’t want to play on, you just want to walk off.”

Pardoe did not play again until November 1972. He found a new slot at right-back in 1973-74 and featured in the side that lost the League Cup final to Wolves that season but was never the same player. A knee injury limited chances further and he retired shortly before turning 30. He had made 380 appearances for the club.

He took up a job on the club’s coaching staff and also worked as their youth development officer before being pushed out in a reshuffle in 1992. He later did some work as a summariser on local radio.

Pardoe was married to Pat. They had a daughter, Charlotte, who married Scott Doyle, the son of Pardoe’s friend and former City team-mate Mike Doyle, in 2007.

Their son Tommy Doyle has followed in the footsteps of his famous grandfathers, and made his senior debut for City in a 3-1 League Cup win over Southampton in October last year.