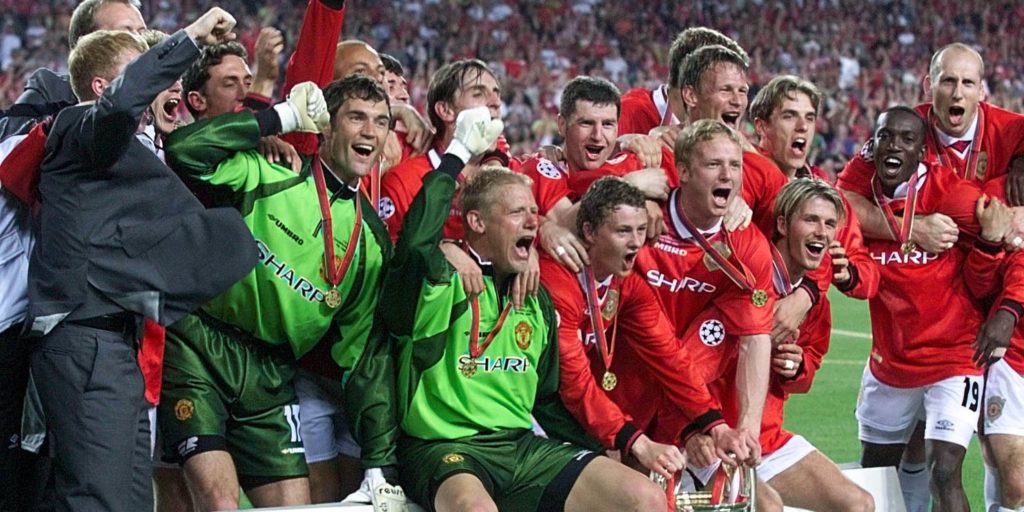 On May 26, 1999, Manchester United produced arguably their most famous night as they won the Champions League by beating Bayern Munich 2-1.

Here, the PA news agency takes a look back at that memorable match in Barcelona.

Manchester United had dominated the domestic scene for most of the decade, with Premier League trophy after Premier League trophy, but they had always fallen short in Europe, having only ever reached the semi-final of the Champions League. After a memorable run to the final, including a brilliant semi-final victory over Juventus, it looked like being a familiar let down at the Nou Camp as Bayern scored early through Mario Basler and then resolutely defended their lead. It could have been 2-0 shortly before the 90th minute but Carsten Jancker’s overhead effort hit the crossbar.

That Jancker effort provided one of the biggest ever ‘Sliding Doors’ moments in the history of the game. Minutes later, with the game in injury time, United forced a corner. With Peter Schmeichel, playing his last game for the club, joining the attack, David Beckham’s delivery was cleared to Ryan Giggs on the edge of the box and his mis-hit shot was swept home by Teddy Sheringham to make it 1-1. Most teams would have settled for extra-time, but not this United one, as two minutes later they were on the attack again and another corner fell to current manager Ole Gunnar Solksjaer to prod home at the far post. Unrivalled scenes of ecstasy followed as United finally got their hands on the big one.

Late goals were a trademark of Sir Alex Ferguson’s era so it was fitting that the finest night of his spell in charge finished that way. Although the Scot went on to win the Champions League again nine years later, this was a landmark victory that completed the story for one of the best teams in English football’s history. It spurred him on to create several more fine teams at Old Trafford before his 2013 retirement. The Scot finished with two Champions Leagues, a Cup Winners’ Cup, 13 Premier League titles, five FA Cups and four League Cups.