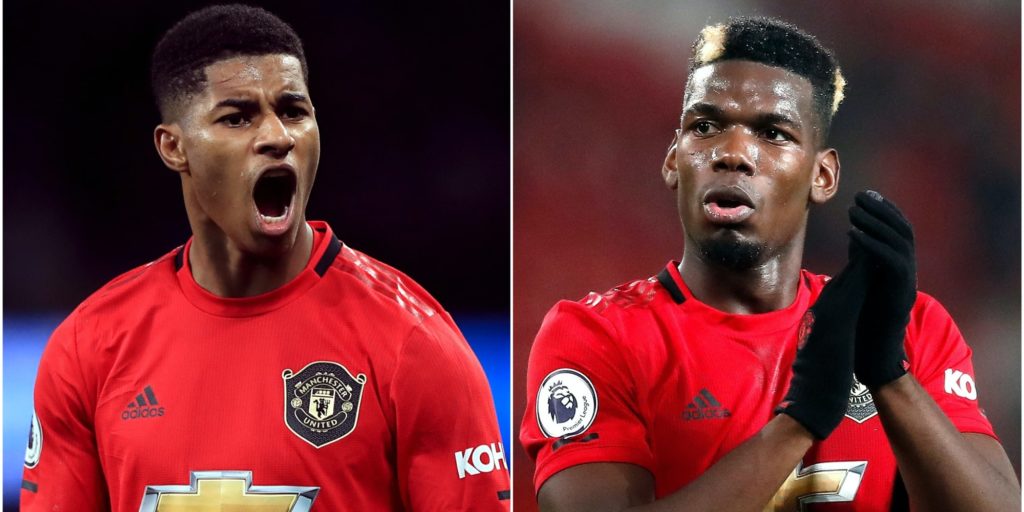 The Manchester United manager says everything is ready to move to the next phase of training.

Manchester United manager Ole Gunnar Solskjaer says Marcus Rashford and Paul Pogba will be fit for the proposed resumption of the Premier League.

Rashford was due to miss the rest of the season after a back operation in January while Pogba had not played because of a foot injury, but with both men now in group training ahead of Project Restart, Solskjaer has delivered positive news.

“They’re looking good, they’ve joined training now and they’ve done everything the other boys have been doing. No reaction so far, touch wood,” he told MUTV.

“When we get started, it looks like we can have a full squad to choose from.”

The players have been back at Carrington in small groups for the last week and Solskjaer says everything is ready to move to the next phase of training, a topic which will be discussed at Wednesday’s Premier League meeting.

“We’re back in training which has been great. The boys have been fantastic, the weather’s been good and they’ve enjoyed it,” he added.

“Hopefully now we’ve proved we can do this safely and we can move to the next step. It’s been really enjoyable being on the training ground again.

“Everyone’s looking sharp, everyone’s been in with a good mood and we’ve been splitting up in groups so (working in) fours and fives together and they’ve really done well.

“Hopefully, they can as I said, step up and go to bigger training groups but so far it’s been good.”