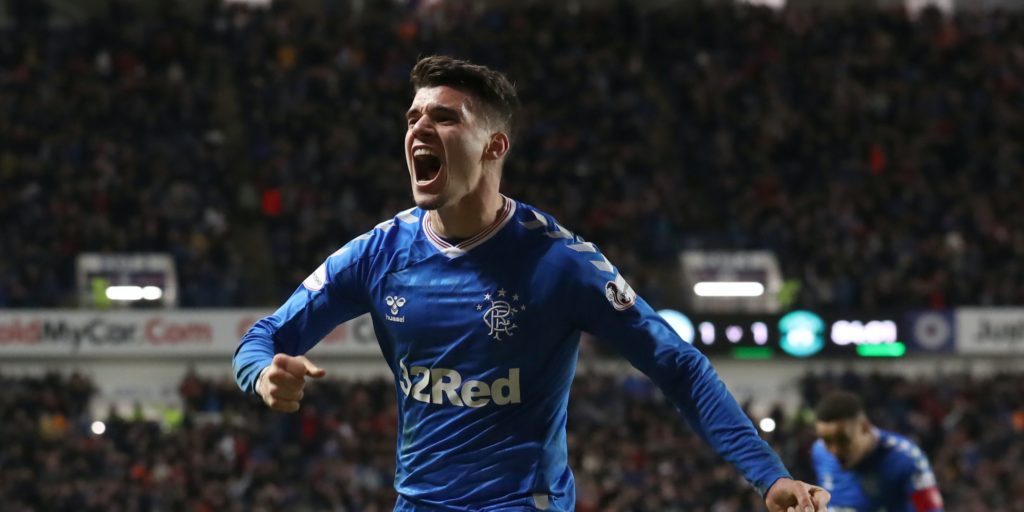 The midfielder scored three goals in 12 games after arriving from Belgium on loan earlier this year.

Ianis Hagi revealed he dismissed interest from elsewhere before agreeing to sign a long-term deal with Rangers.

Genk announced on Tuesday night that Rangers had taken up their option to sign the 21-year-old and the Ibrox club have now stated the formalities of the deal will be completed when the summer transfer window opens.

Hagi netted three goals in 12 games after arriving from Belgium on loan earlier this year, the highlight of his spell undoubtedly a comeback Europa League win over Braga in which he scored twice.

The Romania international said on the Rangers website: “I am excited about rejoining the squad for pre-season and putting on the famous shirt once again.

“There was interest from other clubs, but my priority was always to return to Glasgow and play for Rangers.”

Hagi scored against Croatia and England as Romania reached the semi-finals of the European Under-21 Championships last summer and has followed in the footsteps of father Gheorghe by winning 10 full caps for his country.

Rangers boss Steven Gerrard said: “Ianis is recognised throughout Europe as a young, exciting player so to have him join Rangers on a permanent basis is great news.

“I was able to develop a relationship with Ianis very quickly, he is a pleasure to coach as he is willing to learn and become better every training session. He has already experienced the pressure and expectation of Ibrox, I know he is ready for next season.”

Hagi played for Viitorul Constanța, a club owned by his father, either side of a spell with Fiorentina, before joining Genk last summer.

Rangers sporting director Ross Wilson said: “I have had numerous conversations with Ianis and his representatives and he made it clear that continuing with Rangers was his absolute focus.

“He is not only a huge talent but also a top young professional who is determined to be successful.

“We are sure our investment in him will be an effective one as we believe in his ability now whilst also being excited that at 21 years old there is significantly more development to come from him.

“When Ianis arrived in January we quickly developed a strong relationship with him and I know how much Steven and the coaches enjoy working with him every day.

“The formality of the transfer won’t complete until the transfer window opens but we look forward to welcoming Ianis back to Glasgow in the next few weeks alongside the rest of the first-team squad.

“Finally, I thank KRC Genk for their openness, flexibility and creativity in all of our discussions.

“We secured an exclusive option in January and in recent weeks we have worked with Genk to find a new solution that works for everyone now, given how much the world has changed in the last few months.”