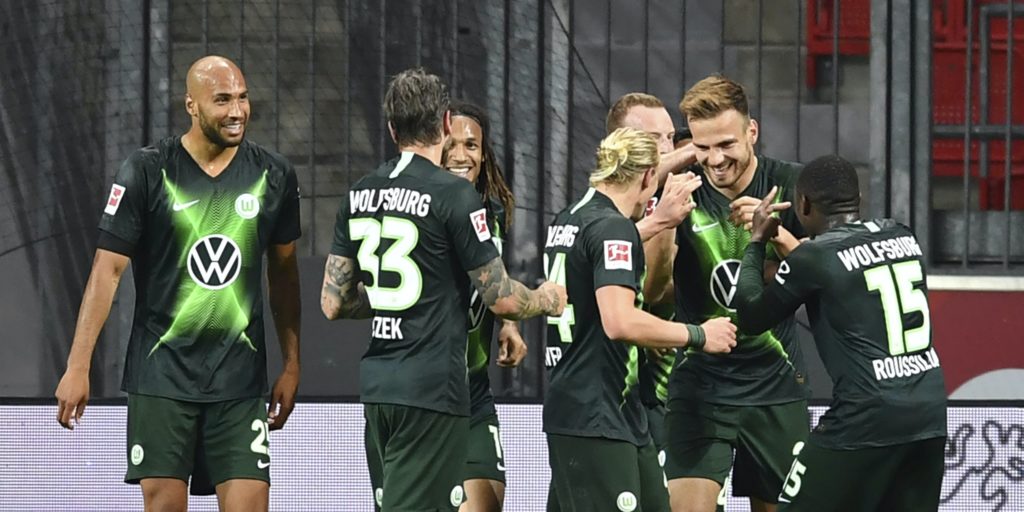 Wolfsburg secured a shock 4-1 victory at Bayer Leverkusen as Bayern Munich tightened their grip at the top of the Bundesliga.

Joshua Kimmich’s stunning chip at second-placed Borussia Dortmund opened a seven-point gap over the hosts on Tuesday, before the other sides in Champions League consideration faltered.

Leverkusen wasted their chance to move within a point of BVB after a home loss to Wolfsburg that was as surprising as it was heavy.

Marin Pongracic’s glancing header gave the visitors a half-time lead, which they added to through impressive Maximilian Arnold and Renato Steffen.

Pongracic added his second of the evening with 15 minutes remaining, with Julian Baumgartlinger’s late goal for Bayer scant consolation.

Borussia Monchengladbach also failed to capitalise on Dortmund’s loss as they drew 0-0 at relegation-threatened Werder Bremen, who looked most likely to snatch victory.

Tuesday’s other match ended in an engrossing 3-3 draw between Eintracht Frankfurt and Freiburg at Commerzbank-Arena.

Vincenzo Grifo’s opener for the visitors was cancelled before the break by Andre Silva, but Frankfurt’s torrid recent run looked set to continue as Nils Petersen and Lucas Holer put Freiburg 3-1 up.

But the home side dug deep to eke out a point through Daichi Kamada and substitute Timothy Chandler.