Home News On this day in 1982: Diego Maradona joined Barcelona for record fee

On this day in 1982: Diego Maradona joined Barcelona for record fee 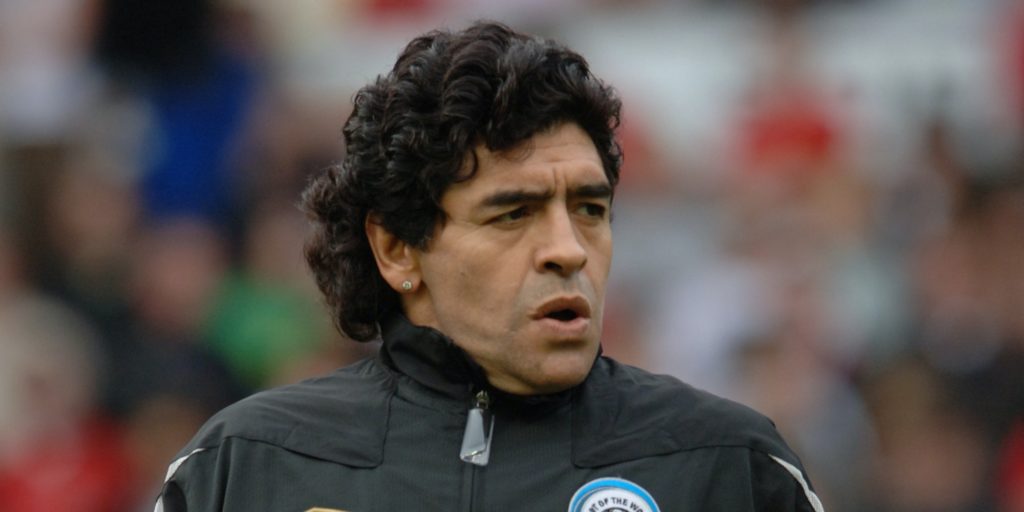 Maradona only lasted two seasons at the Nou Camp before moving on to Napoli.

Argentina superstar Diego Maradona moved to Barcelona for a then world-record GBP 5million fee on this day in 1982.

It could have been a match made in heaven but Maradona only lasted two seasons at the Nou Camp before moving on to Napoli, where he made much more of an impression and is still revered.

Here, the PA news agency takes a look back at Maradona’s time with Barcelona.

The 1982 World Cup in Spain afforded Barcelona fans an early glimpse of Maradona, although the diminutive forward was unable to make his presence felt, shackled and repeatedly fouled by defenders eager to contain him. He scored twice in five games but his volatility also came to the fore after he was sent off for lashing out at Joao Batista as Argentina were eliminated in the second group stage.

While he failed to make a positive first impression, Maradona nevertheless seemed to settle at Barcelona, helping them to a treble in domestic cup competitions the year after he arrived. Team-mate Lobo Carrasco once observed: “I remember our early training sessions with him: the rest of the team were so amazed that they just stood and watched him. We all thought ourselves privileged to be witnesses of his genius.” Maradona’s artistry also saw him applauded by Real Madrid fans at the Bernabeu after a superb solo goal in June 1983, a very rare sight.

A bout of hepatitis followed by a broken ankle after an ill-timed tackle by Athletic Bilbao’s Andoni Goikoetxea in September 1983 conspired to sideline Maradona, whose career was thought to be threatened by the injury. He recovered and returned to action after three months although the bad blood with Bilbao lingered. In the 1984 Copa del Rey final, Maradona – perhaps angered by another rough tackle by Goikoetxea and taunts from the crowd – incited an on-field brawl between Barca and Bilbao players.

Leaving Spain and prospering in Italy

The ugly melee led to a realisation from the Barcelona hierarchy that Maradona could not stay at the club and he was transferred to Napoli for GBP 6.9m – another world record fee – after scoring 38 times in 58 appearances during his time in Spain. He truly flourished in Serie A, helping Napoli to their only two top-flight titles in their history in 1986–87 and 1989–90, as well as the UEFA Cup in 1988–89.