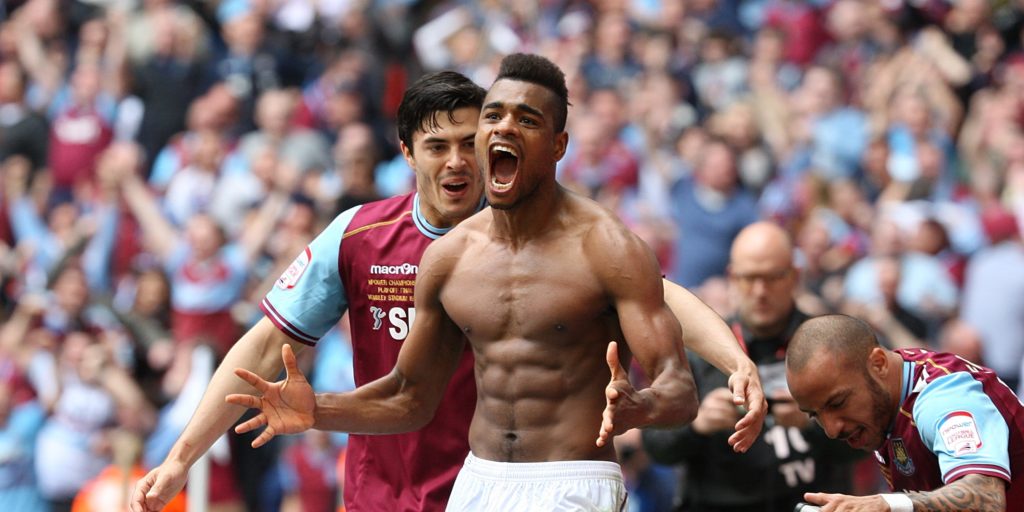 The January signing scored a late winner at Wembley to earn the Hammers promotion.

Ricardo Vaz Te was hailed as Sam Allardyce’s “best-ever signing” after hitting the goal that took West Ham back into the Premier League in 2012.

The former Bolton forward had arrived for about GBP 500,000 under four months earlier and struck in the 87th minute to hand the Hammers a 2-1 play-off final win over Blackpool.

Allardyce said after the game: “When you take into account the number of goals he has scored and the relatively small fee we got him for, he is possibly my best-ever signing.”

Vaz Te had arrived in east London on transfer-deadline day in January during his breakthrough season in professional football.

The Portuguese forward had scored seven goals in seven seasons at Bolton, where he was mainly on the fringes, and netted once in 10 games for Hibernian after leaving Lancashire in search of regular action.

But he grabbed his chance at Barnsley and a run of 10 goals in nine games helped persuade former Trotters boss Allardyce to sign him in January.

Vaz Te netted on his second start, also against Blackpool, and soon hit another purple patch as he struck nine times in seven games to help his new side into the play-offs.

The then 25-year-old also found the net in an emphatic semi-final triumph over Cardiff before scoring the crucial goal in the Welsh capital days later.

Allardyce admitted after the match that West Ham would have had to “slash” the wage bill and offload players to meet new financial fair play rules if they had failed to win promotion at the first attempt.

Vaz Te went on to score 19 goals in 61 games for the club before leaving in January 2015. He has since spent time in Turkey and China, along with a short spell with Charlton, before returning to his native country to play for top-flight side Portimonense in January this year.