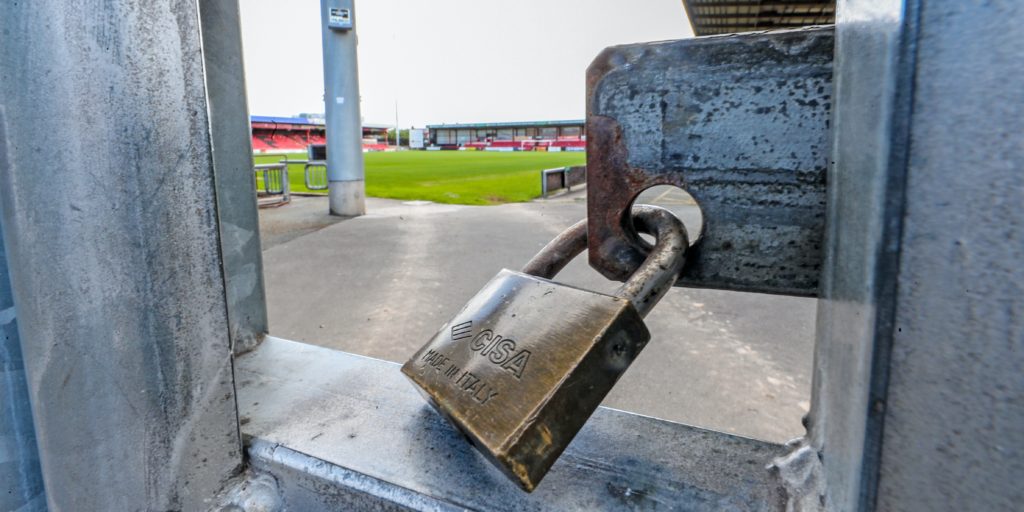 Last week the EFL underlined that relegation across all three divisions is “integral to the integrity of the competition”.

League One and League Two clubs will have the chance to decide whether to curtail the season on June 8.

At Wednesday’s English Football League board meeting it was decided to progress with the proposal outlined last Thursday “in respect of changes to EFL Regulations in the event Season 2019/20 is curtailed in any EFL Division”.

A statement from the EFL read: “The board has to date been consistent in its approach that playing out the remainder of season 2019/20 when it is safe to do so, is the preferred position and whilst the Championship have advised of their intentions to resume fixtures, League Two clubs have indicated their preference to curtail the season. At present clubs in League One are still undecided.

“A decision on whether or not to curtail the season is a matter to be considered by clubs in any affected division, but only once a framework for resolving open issues in such circumstances has been agreed by all members across all divisions through a Regulation change.

“After a full and comprehensive review of the club submissions, alongside consideration of views stated at the club meetings of 13 and 15 May 2020, the board unanimously agreed to continue with the original approach and is now proposing to call a meeting of clubs on Monday 8 June 2020 to consider and, if thought fit, approve the proposals to introduce the Regulation change.

“The EFL Articles allow Member Clubs the opportunity to propose amendments to Regulations and should any club wish to propose an alternative, it must do so by submitting such a proposal by no later than 2.00pm on Tuesday 2 June 2020. The EFL will issue any notice of meeting later that day.

“Any such club proposals will be considered at the same meeting as the Board’s proposal.”

Last week the EFL underlined that relegation across all three divisions is “integral to the integrity of the competition”, which appeared a blow to League Two’s plans to curtail the 2019-20 season without a team being relegated to the National League.

As well as setting out the principle on relegation, the EFL board said the play-offs should be played in the event of curtailment but should not be extended beyond the regular four teams.

It also said that the decision to curtail in each division should require a 51 per cent majority among the clubs concerned, with League One sides in open disagreement about whether to stop or play on.