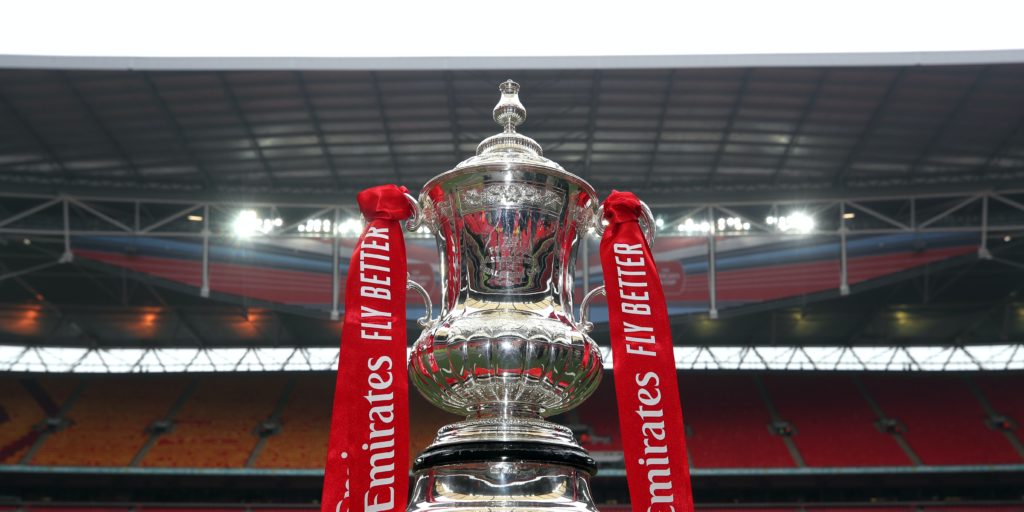 Provisional dates for the final three FA Cup rounds of the season have been set.

The Football Association announced the dates for the final three rounds of the competition on Friday morning, following on from the Premier League confirming its intention to return on June 17 subject to Government clearance.

The competition had reached the quarter-final stage before professional football in England was suspended on March 13 due to the coronavirus pandemic.

The four matches in the last eight will be played over the weekend of June 27 and 28, with no decision reached yet on whether these will be played on a home-and-away basis as normal or at neutral venues.

The semi-finals will be played on July 11 and 12, with the intention being for those matches and the final to be played at Wembley as usual. All the ties will be behind closed doors.

The news will be a boost to the FA from a financial perspective, with its chief executive Mark Bullingham warning in April of the governing body suffering losses of up to GBP 150million as a result of the disruption caused by the Covid-19 outbreak.

He said on Friday: “We are pleased to agree the provisional restart date for the 2019/20 Emirates FA Cup. The competition has been an integral part of the English football calendar for nearly 150 years, and we’d like to thank the Premier League executive and clubs for their support in scheduling the remaining matches during this unprecedented time.

“This has been a difficult period for many people and while this is a positive step, the restart date is dependent on all safety measures being met. The health and well-being of players, staff and supporters remains our priority.”

The arrangements for broadcasting the matches are yet to be confirmed, with BT Sport and BBC holding the UK rights.

The split for the quarter-finals had been announced in March prior to the competition being suspended, but it remains to be seen whether the same split will still apply.