Home News Picture of the day – May 29 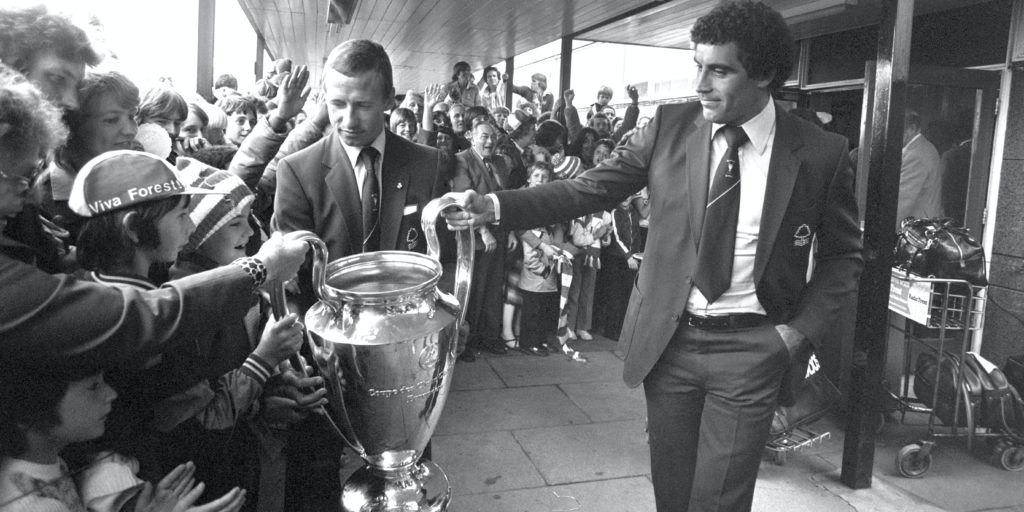 John McGovern and Peter Shilton shared their jubilation with Nottingham Forest fans after returning to East Midlands Airport with the European Cup for the second year in a row.

And they did it without the injured Trevor Francis, who had scored the winner the year before against Malmo.

Skipper McGovern and England keeper Shilton, who kept a clean sheet against a Hamburg outfit featuring Kevin Keegan, were key men in Brian Clough’s side, whose incredible European achievement was celebrated in the 2015 film ‘I believe in miracles’.