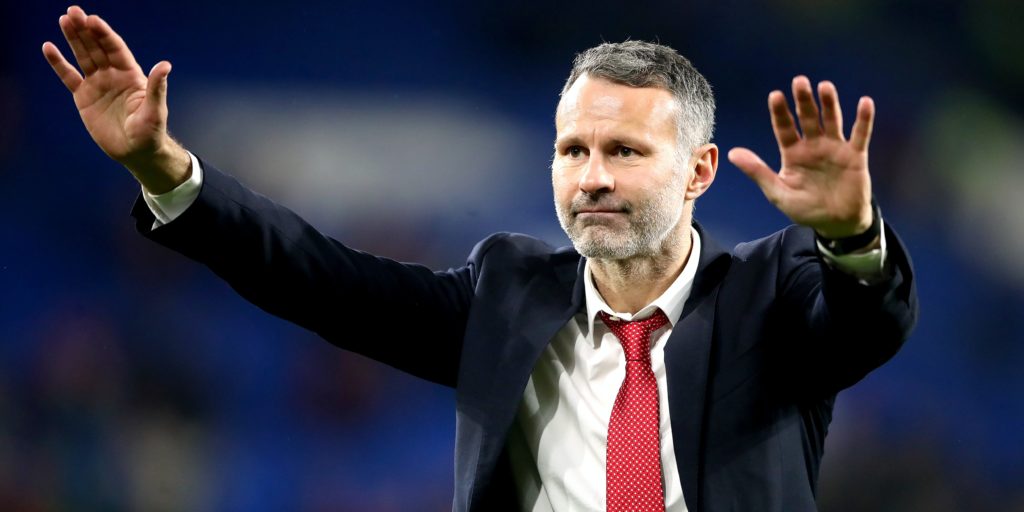 Giggs models a lot of his management on Sir Alex Ferguson.

Manchester United great Ryan Giggs is attempting to bring of touch of runaway league leaders Liverpool’s style to his Wales side.

Nobody has made more appearances for the Old Trafford giants than the 46-year-old, having represented the club 963 times between 1990 and deciding to hang up his boots to focus on coaching in 2014.

Giggs models a lot of his management on Sir Alex Ferguson, particularly when it comes to standards and discipline, and learned a lot working as assistant manager to Louis van Gaal.

The United great highlighted the work being done by Pep Guardiola and Jurgen Klopp at the club’s rivals, with the latter on the brink of an impressive Premier League triumph that has the Wales manager making notes.

“With the obvious pause in the season because of Covid-19, I think there’s a lot of questions still to be answered,” Giggs said.

“But I think what we have seen this year is Liverpool are a fantastic team, managed by a great coach Jurgen Klopp and, it pains me to say it as a United fan, but they have been fantastic this season.

“Obviously they’ll go on and, whatever way it is, they’ll win the league and deserve it.

“There were certain things that I’ve taken out of the way that Liverpool play, and taking it on to the way that I want to do with Wales.

“Hopefully United will bridge that gap and catch them up. But you have to give credit where credit is due and Liverpool have been fantastic this season.”

Laureus Academy Member Giggs remains a regular at Old Trafford, where he takes great pride in the progress of homegrown talent Marcus Rashford.

Assistant when the forward emerged suddenly and spectacularly in 2016, he is excited by the England international and other young talents in the game.

“I’ve seen him coming through the ranks, such a talented player,” Giggs said in an interview with Laureus.com to celebrate the organisation’s 20th anniversary.

“And you have Jadon Sancho at Dortmund, a young player who’s made the bold decision to leave Manchester City and go to another country at a young age. And he really has made a difference.

“And I’ve got a lot of good young players in my Wales team, the likes of David Brooks, Dan James and Ethan Ampadu.

“It’s great when you see young players burst onto the scene and they’re just fearless. They just, don’t think too much about the game and just express themselves. And you think back to when you were like that.”