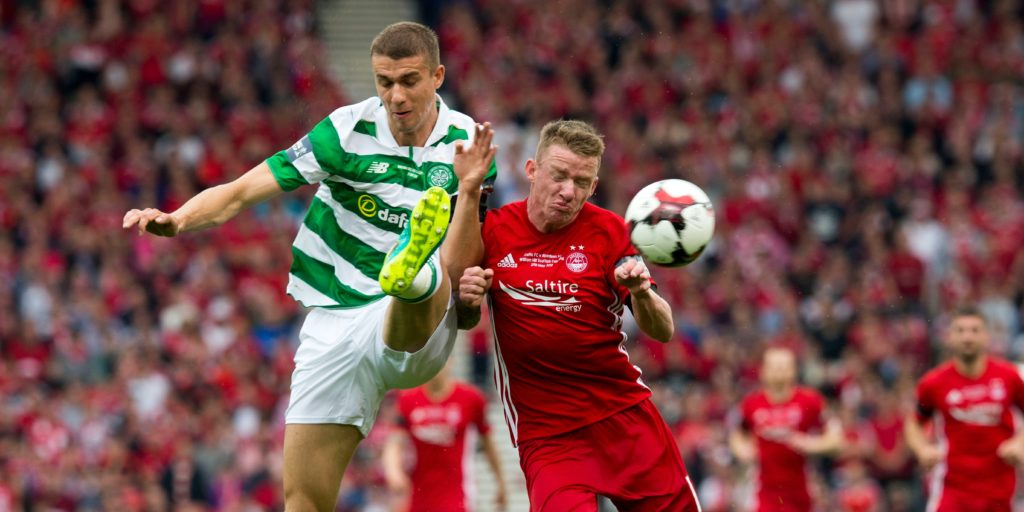 Hayes had earlier confirmed his imminent departure following the end of his contract.

Celtic have decided against extending the contracts of both Jozo Simunovic and Jonny Hayes.

Hayes had earlier confirmed his imminent departure following the end of his contract, while Celtic will not take up a one-year option on Simunovic’s deal.

Celtic manager Neil Lennon said: “I would like to sincerely thank both Jozo and Jonny, brilliant lads who have given their all to Celtic over a number of years.

“Jozo has been part of our great club for some time and has given us some wonderful times, playing a really important part in our success. Jonny, too, has been an important player for the club in recent years.

“Above all, both are great men and everyone at Celtic wishes Jozo and Jonny and their families all the very best for the future. We are sure they will continue to be successful in everything they do.

“Both players leave Celtic as nine-in-a-row champions, something they have earned, an achievement they richly deserve and something I know they will cherish dearly.”

The versatile Hayes made 68 appearances after arriving from Aberdeen in 2017 and scored twice, including a late goal in a 2-0 win at Ibrox in September last year.

The Republic of Ireland international wrote on his Instagram account: “From the lows of breaking a leg to the highs of winning a treble, the last three years have been an enjoyable journey, in which I’ve worked under some terrific staff and shared a dressing room with some unbelievable guys!

“Football at times brings tough decisions, so I’d like to thank you for all the support received along the way! Stay safe everyone!”

Centre-back Simunovic made 125 appearances and scored five goals after joining Celtic from Dinamo Zagreb in 2015.

One of the 25-year-old’s Celtic Park highlights was scoring the winner against Kilmarnock after 67 minutes while wearing the number five jersey made famous by Billy McNeill in the first game after the former Bhoys skipper and manager’s death last year.

Simunovic has been managing a knee issue throughout most of his career at Parkhead.