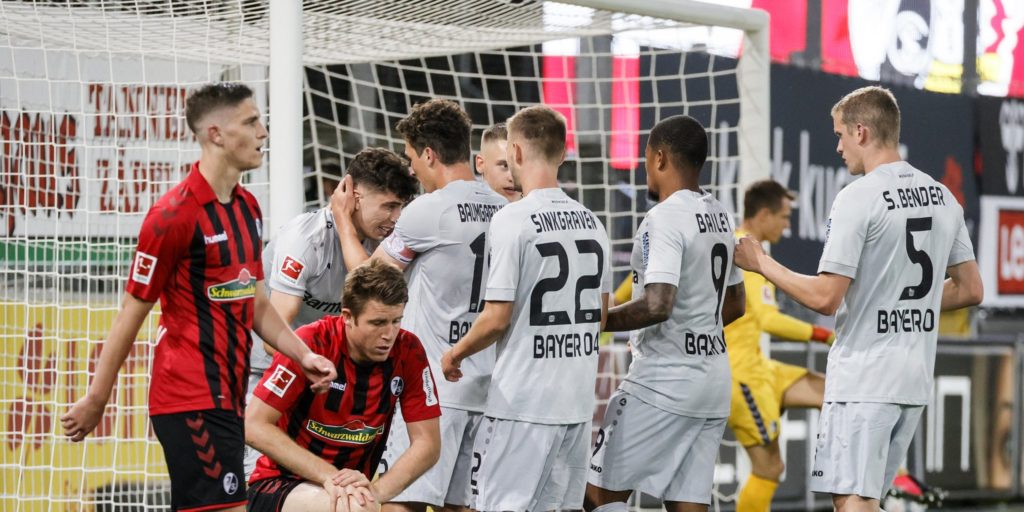 The young forward has scored seven goals in his last six games in all competitions.

Bayer Leverkusen climbed into the Bundesliga’s top four after Kai Havertz earned them a 1-0 victory at Freiberg.

Peter Bosz’s side moved above Borussia Monchengladbach and RB Leipzig into third thanks to Havertz’s second-half winner.

It saw the forward become the first Bundesliga player to reach 35 goals before turning 21.

Freiburg remain eighth, having won one of their last six matches, and sit four points off the top six.

After a forgettable first half, Havertz won it in the 54th minute when he latched onto Leon Bailey’s cute pass and scored from a tight angle.

He was forced off injured 12 minutes later, while Nils Petersen had a shot blocked as the hosts tried to find a leveller.

Leverkusen were denied a second when Julian Baumgartlinger had a goal ruled out for a push.