Home News On this day in 2007: Ryan Giggs calls time on his Wales career

On this day in 2007: Ryan Giggs calls time on his Wales career 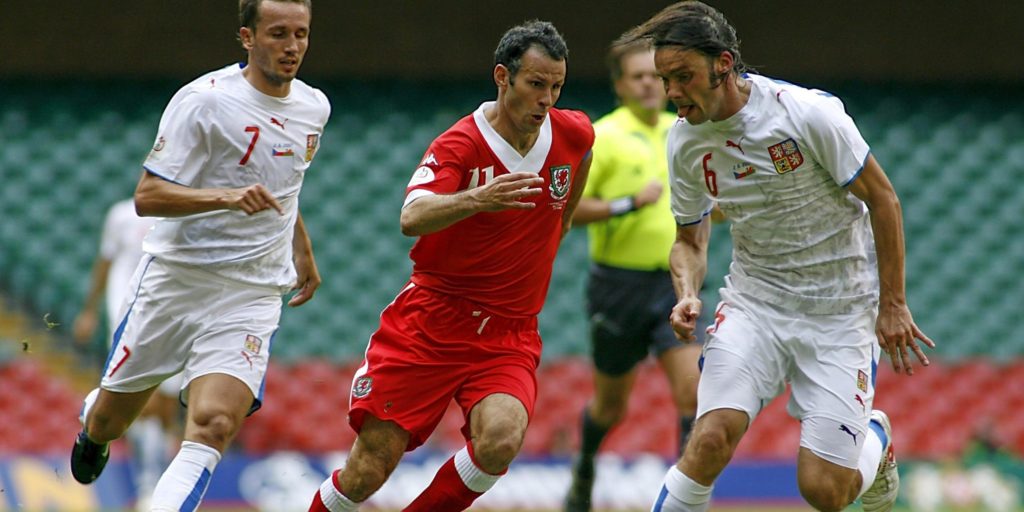 Giggs earned 64 caps for Wales over the course of a 16-year career.

Ryan Giggs announced on this day in 2007 that he was bringing an end to his international playing career with Wales.

The Manchester United winger made his final appearance days later in a 0-0 draw against the Czech Republic in Cardiff.

Giggs earned 64 caps for Wales over the course of a 16-year career, but never featured at a major tournament and faced criticism for repeatedly skipping non-competitive matches.

Giggs had played for England School Boys in his youth but, born in Cardiff to Welsh parents, was never eligible for the England senior team and had always maintained he would have chosen to play for Wales regardless.

After making only one appearance for the under-21s, Giggs made his full international debut away to Germany in 1991, becoming the youngest player to play for Wales at the time when he came on as a late substitute at the age of 17 years and 321 days in a 4-1 defeat.

But after his debut, Giggs missed 18 consecutive friendly fixtures for Wales, not appearing in a non-competitive match until a game against Finland in March 2000, his 26th cap.

Giggs later wrote in his autobiography that he had been vulnerable to injury when playing two games a week so had made the decision alongside United manager Sir Alex Ferguson that he would sit out friendly fixtures to reduce the risk.

Giggs scored 12 goals for Wales in his career, bagging a brace in a 2-0 World Cup qualifying win over Azerbaijan in October 2005, though it was not enough to get Wales into the play-offs.

Despite his retirement, there were suggestions Giggs could turn out for Wales again during the Euro 2012 qualifying campaign following an injury to Aaron Ramsey, with the man himself suggesting he might play “in an emergency”, though it never came to that.

Instead, he returned to the Wales fold as manager when he succeeded Chris Coleman in January 2018.

Giggs has since led Wales to qualification for the delayed Euro 2020 finals.