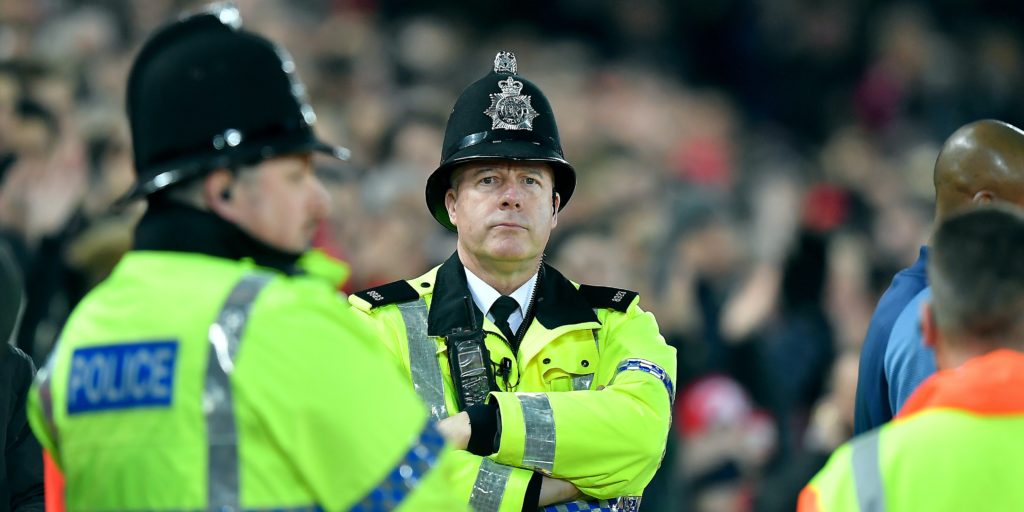 Confusion surrounds the need to use neutral venues for Premier League games after statements from two key police forces on Friday.

At least five top-flight matches have been earmarked to be played at neutral venues, plus any further games where Liverpool could win the title.

Among the games picked out were the Merseyside derby, Liverpool’s clash away to Manchester City and Manchester United’s home match against Sheffield United.

Merseyside Police later said there were no objections from the force to holding games at Goodison Park or Anfield in relation to crime and disorder, while Greater Manchester Police said a decision on moving high-risk games has yet to be taken.

Merseyside Police’s assistant chief constable Rob Carden said in a statement to the Liverpool Echo: “Merseyside Police is ready to provide whatever policing is required of us in relation to games being played at our Premier League stadia once the season restarts.

“In relation to crime and disorder we have no objections to any of the Everton or Liverpool home fixtures being played at their respective grounds. We have a good working relationship with both clubs, and their fan groups, and are content that we can work together in advance of the restart of the season.

“Decisions in relation to public health risk are made by the Government and Public Health England and ultimately the final decision rests with the Safety Advisory Group, which is chaired by Liverpool City Council in line with the decisions made nationally in relation to sporting events.”

GMP assistant chief constable Nick Bailey said: “Whilst all games are routinely risk-assessed in advance – with the health and safety of all those involved being the main priority – our considerations in the current climate present a different dimension and we have to ensure that Government regulations and guidelines will be adhered to.

“We identified three games in our force area that present factors which need further consideration, and GMP is working with both clubs and the relevant Safety Advisory Groups (SAG) to assess if we can safely facilitate the playing of these matches at their intended locations.

“A decision will be made by the SAGs in due course and we will support whichever outcome is decided.”

The other games that were said to be at risk were Manchester City’s home match versus Newcastle and Liverpool’s trip to St James’ Park to play the Magpies.

Manchester United are understood to be pleased the matter is being reviewed, with the club hopeful it will be possible to play their remaining home matches at Old Trafford subject to all safety requirements being met.

It is also understood the Premier League is not expecting further matches to be added to the list, even though London mayor Sadiq Khan has expressed concerns about supporters congregating in the city.

Deputy Chief Constable Roberts had said in a statement released to the PA news agency: “Our discussions with the Premier League throughout this process have been positive, with a shared focus on the priority of public health.

“As such we have reached a consensus that balances the needs of football, while also minimising the demand on policing. The majority of remaining matches will be played at home and away as scheduled, with a small number of fixtures taking place at neutral venues, which, contrary to some reports, have yet to be agreed.

The subject is set to be discussed again when clubs gather for a meeting on June 4.

The Premier League released a statement saying its ambition was to complete the season on a home-and-away basis “where possible”.

It added: “We are prepared for all outcomes and have a neutral venue contingency.”

It is understood the contingency not only covers requests for matches to be moved by individual forces on safety or security grounds, but is also in place to cater for the potential for the imposition of localised lockdowns which could force matches away from their original venues.