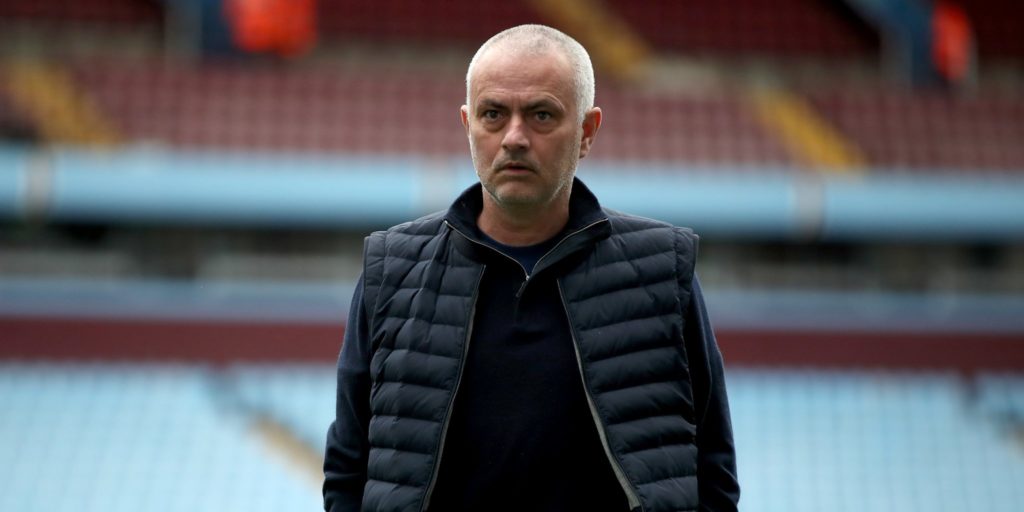 The Premier League is provisionally set to restart on June 17 after a three-month shutdown due to the coronavirus pandemic.

Tottenham boss Jose Mourinho says the Premier League may take a while to hot up once it resumes next month.

The league is provisionally set to restart on June 17 after a three-month shutdown due to the coronavirus pandemic.

Teams are stepping up their training programmes, this week agreeing the protocols for limited contact training, with further advancements set to come into play soon.

But with only three weeks until the big kick-off – and uncertainty around the possibility of friendlies – Mourinho has warned fans not to expect the premier product straightaway.

“We’re going to make sure that progressively we’re going to arrive on matchday one and be ready,” the Portuguese, who confirmed fit-again quartet Harry Kane, Moussa Sissoko, Son Heung-min and Steven Bergwijn would all be involved in contact training on Monday, said.

“We say ready but you look at the Bundesliga and we can feel a difference in quality and intensity between the first match and the third match.

“When you saw Bayern against Dortmund in the third match you feel immediately, ‘Wow that’s a proper match’.

“I think the same will happen (here). Teams are going to progressively reach the level which is what happens in normal pre-season.

“It’s very difficult for teams to arrive at the first game of the season on August 7 or 10 and is really in the top.

“So let’s go step-by-step and of course we want to be ready, ready to fight for points, but we want to give fun to people, give joy to Tottenham fans, to give good matches to everyone who loves football around the world.”

Mourinho has hailed his players’ professionalism during the period when they were away from the training ground, despite some high-profile rule breaking.

But the boss has been impressed with his men.

“The players have been absolutely phenomenal,” he added. “I don’t have more words to speak about their professionalism, the way they face the period, the difficult period, the period of doubt. They were absolutely fantastic.

“We managed to do the Zoom sessions that of course don’t involve ball work, don’t involve pure football but for a general condition, and also from the mental point of view to give them something to do.

“Every day, every morning, a certain time to wake up, a certain time to train. They were by themselves in front of a computer or iPad but they knew they were all together. So the chance to move to the training ground on individual training was the next step and the players were doing amazingly.

“Then we moved to the groups of five and again another step and now finally we are all together to train. I think we, the football world, shouldn’t be selfish. We shouldn’t demand too much. I think it’s now our time to give.”