Lawrence Shankland shortlisted for SFWA player of the year award 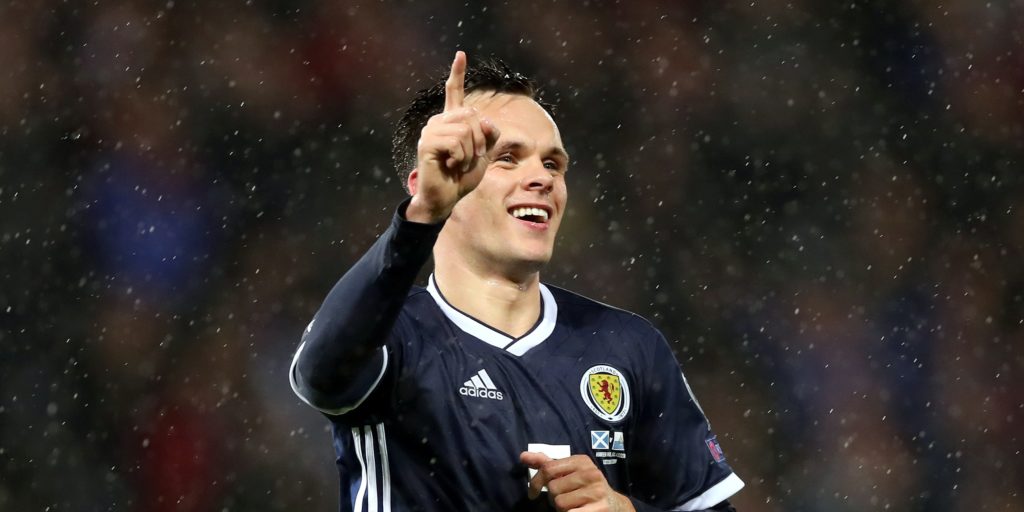 Dundee United forward Lawrence Shankland has been named on the shortlist for the Scottish Football Writers’ Association player of the year award.

Shankland scored 29 goals last season, including one for Scotland, as he helped United secure promotion to the top flight following his move from Ayr.

Morelos netted the same amount for Rangers, while Edouard struck 28 times for Celtic. Midfielder McGregor started all 30 of Celtic’s league games and netted 13 goals in all competitions for the champions.

Stephen Robinson and Gary Holt are among the William Hill manager of the year contenders after leading their teams to top-six finishes in the Scottish Premiership.

Neil Lennon is also on the shortlist after securing the Betfred Cup and Celtic’s ninth consecutive title, while Arbroath’s Dick Campbell is nominated after challenging for a play-off spot in the Championship.

Robinson guided Motherwell to third spot and a Europa League place while Holt’s Livingston secured fifth place in their second season back in the top flight.

Ali McCann is on the shortlist for the DoubleTree by Hilton young player of the year award following his breakthrough season in the St Johnstone midfield.

The 20-year-old made 35 appearances for Saints this season after returning from a loan spell at Stranraer.

Motherwell’s Allan Campbell and Aberdeen midfielder Lewis Ferguson are also on the four-person list for the best young Scottish talent in the country along with Hearts full-back Aaron Hickey.

The nominees for the Scotland player of the year – Ryan Christie, John McGinn, Steven Naismith and McGregor – were previously announced.

The winners of the four awards are expected to be announced over the course of the next two weeks.