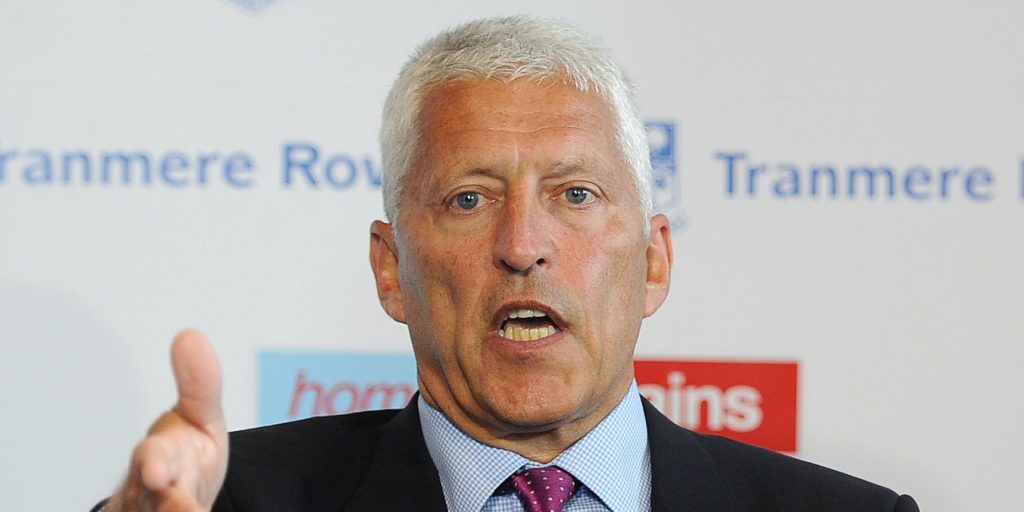 Clubs have until 2pm on Tuesday to submit alternative frameworks for ending the season.

Tranmere chairman Mark Palios says his alternative framework for ending the English Football League season “reflects the wishes of the majority of clubs”.

Palios, the former Football Association chief executive, has indicated his club will submit their proposal to the EFL ahead of Tuesday’s 2pm deadline.

The EFL is then expected to issue notice of a clubs meeting on June 8, where its proposed curtailment framework plus any alternative models, including Tranmere’s, will be voted on by all 71 clubs.

League One and Two clubs are then set to vote on whether or not to end the season based on whichever framework is agreed. Clubs in the fourth tier have indicated a wish to curtail the season but without relegation, while in League One clubs are undecided on how to proceed.

The EFL framework includes promotion and relegation, the retention of the four-team play-offs and the deciding of the final league table on an unweighted points-per-game basis.

Tranmere’s proposal includes points per game but adds in a margin of error, whereby teams can only be automatically promoted or relegated if they remain in a promotion/relegation position after the margin of error is applied.

The margin of error would open up the opportunity for more teams to compete in the play-offs, if they wished to.

Palios confirmed to the PA news agency he is working on the proposal ahead of submission and said: “We’re trying to effect a compromise as close to the EFL’s position but iterate our original proposal to reflect the wishes of the majority of clubs and achieve a fairer solution that football people will recognise as such.”

Under the unweighted points per game model, Tranmere would be relegated. The Wirral club are three points behind AFC Wimbledon in 21st with a game in hand. Wimbledon have said their preference is to bring the season to “a swift end” to remove ongoing uncertainty.

A group of six League One clubs, including Sunderland and Peterborough, had expressed a desire to play on, but time appears to be running out to restart the season with clubs having not even returned to small group training.

Palios’ model may appeal to those clubs if it keeps open their hopes of promotion via an extended play-offs.

EFL chairman Rick Parry has stressed the difficulties of continuing the season beyond July 31 because of players being out of contract.

The EFL announced on Sunday that a provisional restart date of June 20 for the Championship had been set, with the intention of completing the play-offs on or around July 30.

Second-tier clubs will still need to vote on the framework for ending the season, in the event that the season has to be suspended again.

An EFL statement on Sunday night said the restart date was conditional on clubs receiving clearance from their local authorities to stage matches at their home grounds.

At least five matches in the Premier League have been earmarked to be played at neutral venues in an effort to “minimise risk”, the UK’s football policing lead said last week, but currently there has been no indication of any need to relocate matches at EFL level.