Home News On This Day in 2009: Chelsea appoint Carlo Ancelotti as boss

On This Day in 2009: Chelsea appoint Carlo Ancelotti as boss 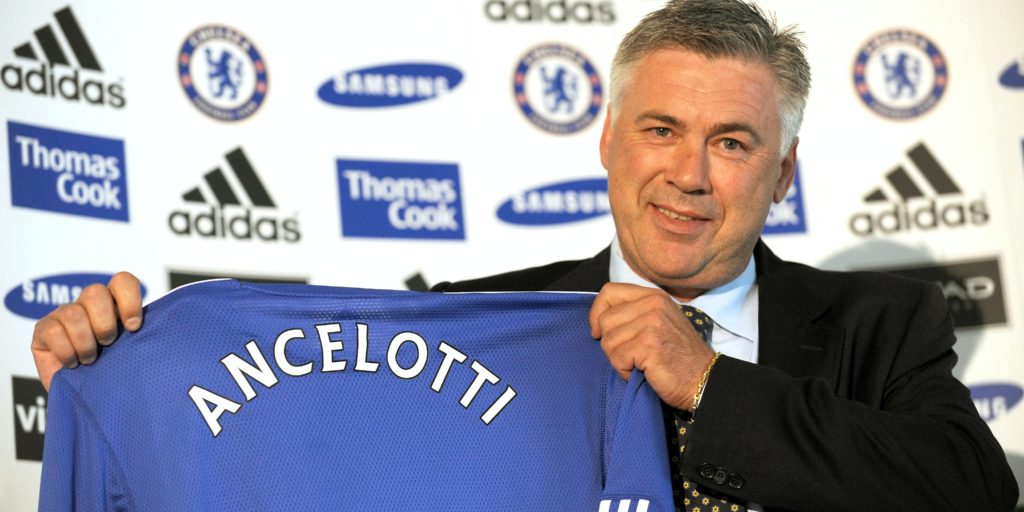 The Italian won the Premier League and FA Cup with the Blues in 2010.

Carlo Ancelotti was confirmed as Chelsea boss on this day in 2009.

He officially took charge on July 1, having left AC Milan, and here the PA news agency looks at his time at Stamford Bridge.

The season before Ancelotti’s arrival was one of upheaval at Stamford Bridge. Luiz Felipe Scolari started the campaign as manager after replacing Avram Grant but he only lasted until February. Guus Hiddink was appointed interim manager until the end of the season. A 2-1 victory over Everton at Wembley delivered their only silverware of the season, as they finished third in the Premier League and were knocked out of the Champions League at the semi-final stage.

Ancelotti was appointed on a three-year deal after leaving AC Milan having taken them to third in Serie A. He replaced Russia coach Hiddink, who ended his stint as Blues manager with the FA Cup triumph. Ancelotti had spent eight seasons at Milan and became Chelsea’s fifth manager in 21 months following Jose Mourinho, Grant, Scolari and Hiddink.

Ancelotti’s impact was immediate as Chelsea regained the Premier League title in 2010, seeing off Manchester United by one point. They also won the FA Cup, beating Portsmouth 1-0 in the final at Wembley. The following season Chelsea spent GBP 50million on Fernando Torres and finished second in the Premier League – with Ancelotti sacked for failing to retain the title.

Ancelotti joined Paris St Germain at the end of 2011, winning Ligue 1 in 2013, before leaving for Real Madrid. He signed Gareth Bale for Madrid and won the Champions League in 2014 but never claimed LaLiga. Spells at Bayern Munich and Napoli followed. The Italian was appointed Everton manager in December last year to mark a return to the Premier League for the first time since he left Chelsea.