Peter Hartley and Richard Tait are among Motherwell summer departures 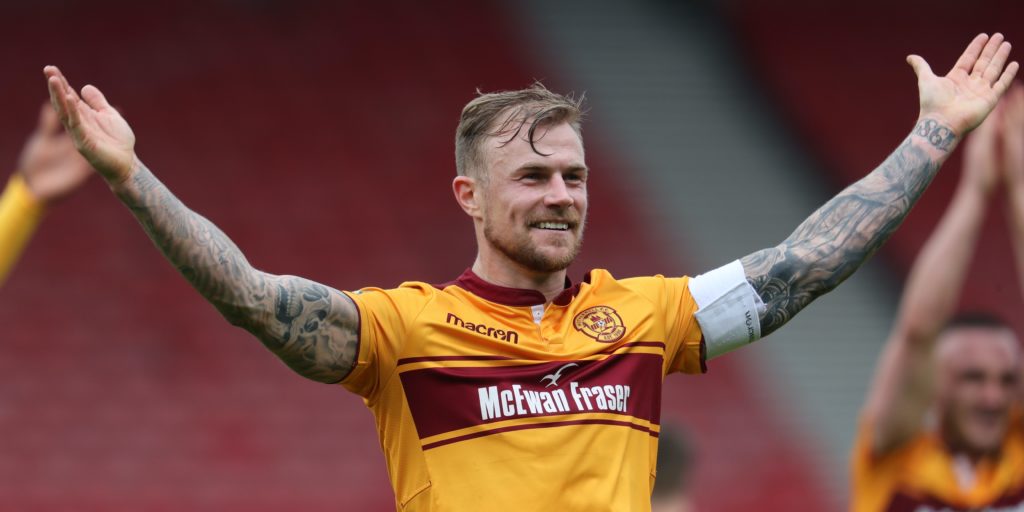 Club captain Peter Hartley and full-back Richard Tait are among the players leaving Motherwell this summer.

The club also confirmed goalkeeper Mark Gillespie would be departing as expected, along with midfielder Christian Ilic and forward Christy Manzinga, who both made a limited impact in their sole campaigns at Fir Park.

Striker Tony Watt signed a contract on Friday while the future of Charles Dunne is under discussion.

Gillespie was an ever-present last season but manager Stephen Robinson had previously confirmed Trevor Carson would be his number one next term after signing a new deal before the pandemic struck.

Dunne has not played since suffering a groin injury in August.

A club statement read: “We have been discussing with Charles Dunne the possibility of a short-term deal, allowing him to get back to full fitness at the club before he is assessed over a potential longer contract.”

Goalkeeper Rohan Ferguson, who was on loan with Linfield last season, and 22-year-old defender Adam Livingstone are also departing while the loan spells of Rolando Aarons, Mikael Ndjoli and Mark O’Hara have ended.

Manager Stephen Robinson said: “I’d like to thank every player who is leaving for their efforts during their time at the club. They leave us with our best wishes for the future.”