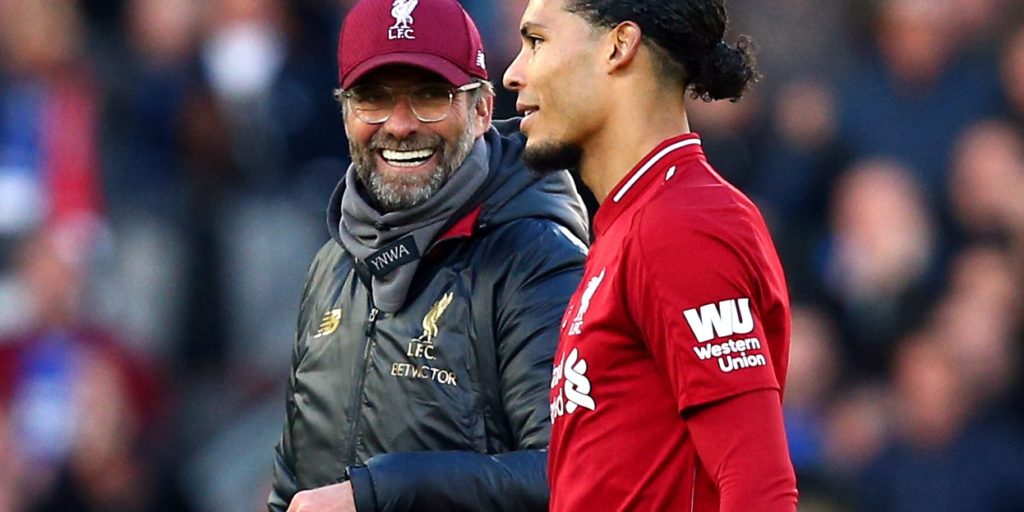 The Scot believes nobody does it better than his fellow Reds.

Liverpool’s Andy Robertson ranks club captain Virgil van Dijk and manager Jurgen Klopp as the best in the world in their respective roles.

The Reds have enjoyed a golden period over the past two seasons, winning the Champions League in 2019 and sitting 25 points clear in the Premier League table ahead of his month’s planned restart.

Robertson’s dynamic performances at left-back have been key but the Scotland skipper reserved his highest praise for the team’s on and off-field leaders.

“Virg is the best defender in the world, and I love him being on the left-hand side with me,” Robertson told Sky Sports’ Football Show.

“The big guy is absolutely class in everything he does. He just carries himself so well on and off the pitch, and is somebody who a lot of people look up to, and I’m one of them.

“He’s a fantastic leader, a fantastic guy. I love playing with him, having him in the back line, and since he signed, he’s brought us forward.”

The pair were both in the SPL at the same time in 2013-14 – with Dundee United and Celtic respectively – and Robertson saw enough not to balk at the GBP 75million price tag which brought Van Dijk to Anfield.

“I loved him at Celtic and I was delighted when we signed him. It showed that the money spent was worth it,” he added.

Robertson was shown some of Klopp’s similarly effusive praise of his own ability and responded in kind.

“For a manager who I think is the best in the world at the minute…for him to say that about me is really nice,” he said.

“He’s a fantastic man, a fantastic manager, and for him to think I don’t have negatives is great. He likes the Scottish people, I know he does, he gets on really well with Kenny Dalglish!”