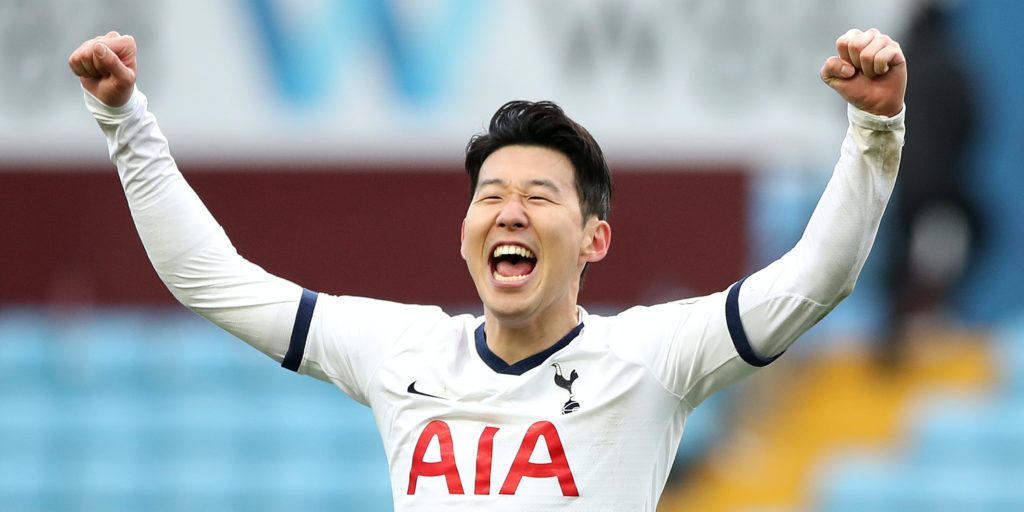 Tottenham forward Son Heung-min has described his military service in South Korea as “tough” but said he was able to enjoy it during the Premier League’s enforced hiatus.

All South Korean men must complete mandatory military service by the age of 28 but Son, who turns 28 in July, avoided missing any time for Tottenham as he completed his last month with the season suspended amid the coronavirus pandemic.

The enforced break has also allowed Son to complete his recovery from the arm fracture he suffered in Spurs’ 3-2 win over Aston Villa in February.

“It’s been a very busy three months,” Son joked in a video on the Spurs website.

Son was excused the full 21-month military service after helping South Korea to victory in the 2018 Asian Games, but was still required to serve a shorter period.

“It was a good experience,” Son said. “I couldn’t say everything that I’ve done but I really enjoyed it. Those guys were nice. The three weeks were tough but I tried to enjoy it.

“I don’t know how the people felt, but for me the three weeks have been long but it was a good experience, I enjoyed it.

“The first day when we don’t know each other was a bit weird but soon we got to know each other. We spent every day together in one room, 10 people very close, working together, we helped each other so the time was fantastic.

“Those guys, the first day and second day they couldn’t even speak to me but by the end they were joking with me and we were enjoying everyone together.”

Son was out injured for the final weeks before the Premier League was suspended in mid-March, but the break in the season has allowed him to recover from a fractured arm, and he is now raring to get going again.

“I’m physically fine, I’m working really, really hard to be at my maximum level and I’m nearly there,” he said.

“Now we can train together, we’re training more then the last two weeks and the players – Moussa (Dembele) is back, Harry (Kane) is back, Stevie (Bergwijn) is back, everyone wants to play again and everyone is motivated.”