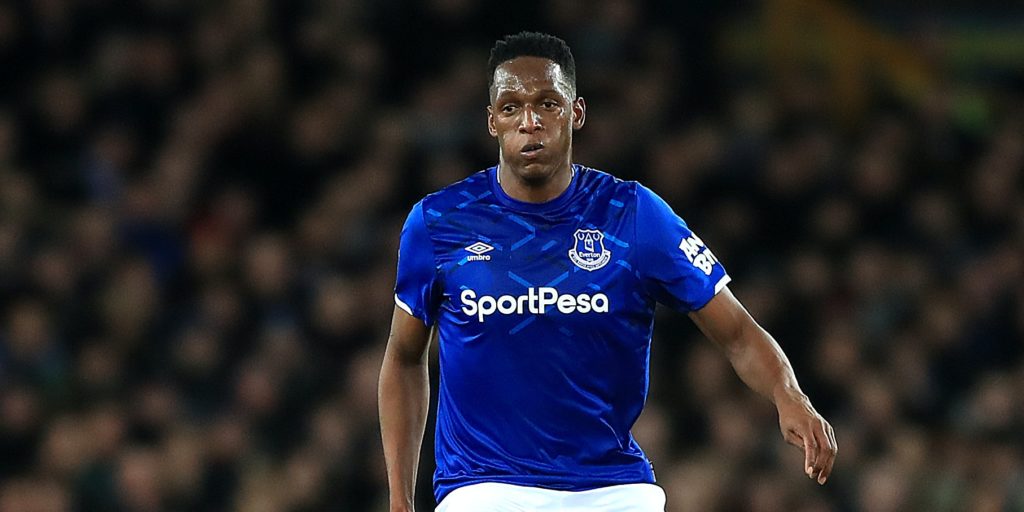 Mina will join Jean-Philippe Gbamin on the treatment table.

Yerry Mina is expected to be sidelined for a number of weeks because of a partial tear in his left thigh in a fresh injury blow to Everton before the resumption of the Premier League season.

The Colombian centre-half has established himself as a regular in the current campaign, which is set to restart on June 17, after an injury-hit 2018-19 season, his first with the Toffees after joining from Barcelona.

However, Mina will join Jean-Philippe Gbamin on the treatment table after suffering a muscle injury in training last week.

A short statement on Everton’s website said: “Everton Football Club can confirm Yerry Mina is set to be sidelined for several weeks after sustaining a muscle injury.

“A scan confirmed the Colombia international suffered a partial tear in his left quad muscle during training last week.

“The 25-year-old is now in the early stages of his rehabilitation under the care of the club’s medical staff and making good progress.”

Gbamin will undergo surgery this week and the club expects the Ivory Coast international to require an “extensive period of rehabilitation”.

The 24-year-old only managed two matches for Everton following his GBP 25million move from German side Mainz in August 2019 before being sidelined by the quad problem, which required surgery in February.