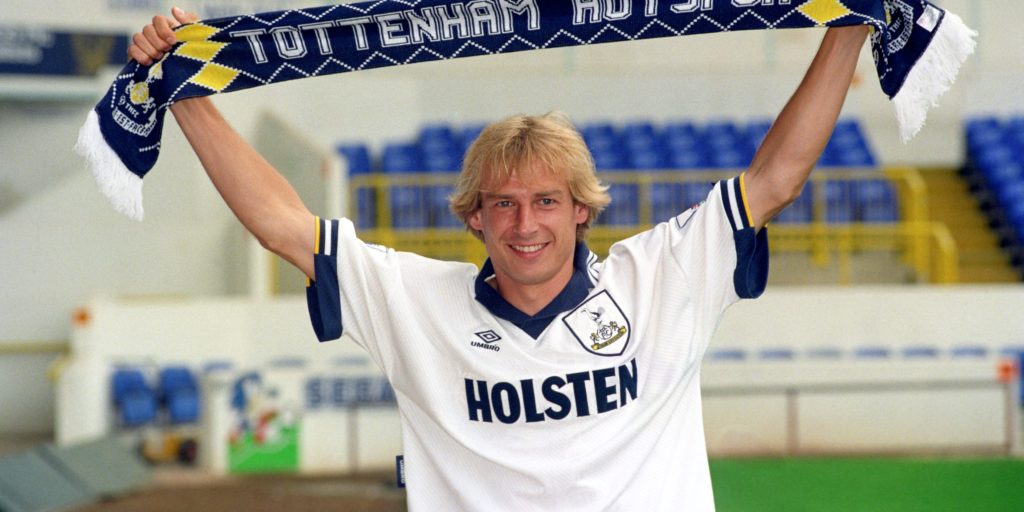 Timo Werner will follow a well-trodden path to the Premier League.

Timo Werner is reportedly on the brink of joining Chelsea from RB Leipzig.

Here, the PA news agency looks at five Germans to make an impact in the Premier League.

Klinsmann’s initial spell lasted just one season but the striker made a big impression.

He scored 20 goals in 41 top-flight games for Tottenham – including on his debut against Sheffield Wednesday before celebrating with a dive, poking fun at his reputation as someone who went to ground too easily.

Klinsmann won the FWA Footballer of the Year in 1995 before joining Bayern Munich and Sampdoria. He returned to Spurs briefly in 1997-98 and helped the club avoid relegation by scoring nine goals in 15 games.

In his first season after replacing David Seaman at Arsenal, Lehmann became an Invincible when he helped the Gunners win the Premier League without losing in 2003-04.

It remains their last league triumph but he also helped them to win the FA Cup in 2005 and the reach Champions League final a year later, where he was sent off after 18 minutes and Arsenal lost 2-1.

After joining Stuttgart in 2008 Lehmann returned to Arsenal briefly in 2011 to help them during an injury crisis, then as a coach in 2018.

The defensive midfielder spent all but four years of his professional career in England.

After coming through at Bayern Munich, Hamann joined Newcastle in 1998 but moved to Liverpool after just a season.

The midfielder joined Chelsea on a free transfer from Bayern Munich in 2006 and spent four years at Stamford Bridge.

Ballack returned to Bayer Leverkusen, where he had spent three years before joining Bayern, on a free in 2010.

Arsenal went big when they signed Ozil from Real Madrid for a club-record GBP 42.5million in 2013.

But three FA Cup wins is a small return for what the Gunners would have expected of the 2014 World Cup winner.

Ozil has flattered to deceive and, having been wowed by his talents, Gunners fans have been frustrated by him recently.