Home News Oliver Dowden: Help for football’s future starts with the sport itself

Oliver Dowden: Help for football’s future starts with the sport itself 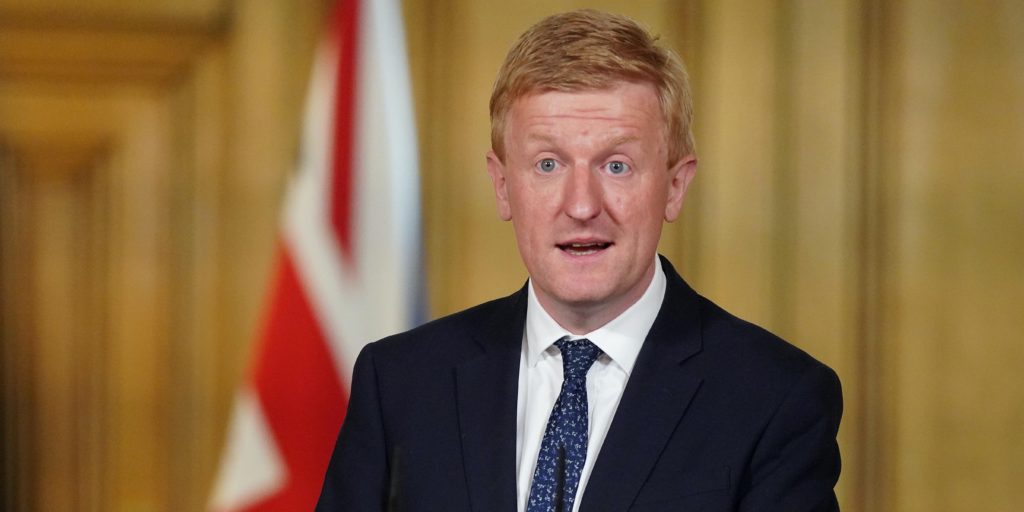 Former DCMS chair Damian Collins says there are only a few weeks to save professional football as we know it in England.

Football should “first look after itself”, a Government minister has said, after calls were made for a state-backed plan to help English Football League clubs avoid insolvency in the coronavirus pandemic.

A plan co-authored by Sunderland co-owner Charlie Methven and former Digital, Culture, Media and Sport (DCMS) committee chair Damian Collins has called for the establishment by the Football Association of a Football Finance Authority (FFA), underwritten by the Government, which would provide funds to keep clubs affected by the Covid-19 outbreak afloat.

Collins has argued that there may only be a few weeks “to save professional football as we know it”, with League One and Two clubs in particular stretched by the complete loss of match day revenue.

He asked the current Secretary of State for DCMS, Oliver Dowden, what support will be available from Government, to which Dowden replied: “The most important first step is to get sports going behind closed doors because that helps secure revenue, so we’ve got the Premier League and then the Championship.

“I would look first to sports to look after themselves and I’m meeting extensively with the EFL and Premiership and FA. But of course we’ll continue to work on this.”

Premier League chief executive Richard Masters did not rule out further support from the top flight to the EFL and further down the pyramid, but indicated that the first priority was to complete the 2019-20 season and see how things looked.

“Until we have been able to get back playing, until we have a clear plan to start season 2020-21, we are dealing with our own situation,” he told Sky Sports.

“At the moment we have made good all our solidarity contributions to the pyramid for 2019-20 and indeed we have forwarded a big chunk of next year’s revenue, and we are committed to completing that.

“What we have to get ourselves into is a position where we are sure of the Premier League’s financial situation at a time when clubs are suffering significant revenue (losses), before we can return to that topic.”

The Premier League has set a provisional restart date of June 17, and Masters has previously put the cost of curtailing the current season at over GBP 1billion.

The Championship is set to resume on June 20. Nine individuals connected to six different clubs tested positive for coronavirus in the latest round of testing, announced on Wednesday.

Huddersfield announced on Thursday that a member of their training ground support staff was one of the individuals who had tested positive. Preston and Sheffield Wednesday had earlier said they each had one individual who tested positive.