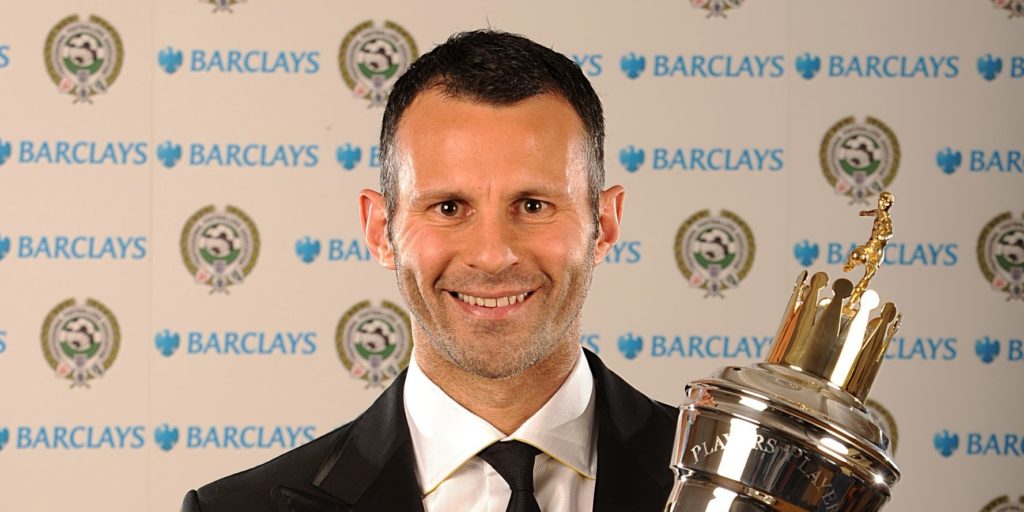 Giggs made a club record 963 appearances for United.

Despite a role change in his advancing years, Ryan Giggs showed old dogs could be caught new tricks as he routinely caught the eye to scoop the PFA Players’ Player of the Year award in 2009.

At his breathtaking best, Giggs’ express pace allowed him to charge down the left wing with abandon but as he started to slow down, it was decided the Welshman should operate more in the middle of the park.

It proved a shrewd adjustment from Manchester United boss Sir Alex Ferguson ahead of the start of the 2008/09 season, with Giggs approaching his 35th birthday.

There were no guarantees for Giggs by this point, though. Indeed he started only 15 times in the Premier League over the course of the campaign although he was a regular in the squad in all competitions.

However, Giggs flourished whenever he was given the opportunity, keeping up his record of scoring in every Premier League season since its inception with the only goal of the game against West Ham.

There were a number of other instrumental displays as he helped United to his and their 11th Premier League crown while his performances were recognised by his peers in his PFA gong.

Giggs would go on to win another two top-flight titles in 2010-11 and 2012-13 before bringing the curtain down on an illustrious playing career in May 2014, having made a club record 963 appearances for United.

He bowed out as the most decorated player in the English game with 13 league titles, four FA Cups, two Champions Leagues and one Club World Cup, among 34 trophies.

By the time of his retirement and now past his 40th birthday, Giggs was overseeing United in a player-manager capacity following the sacking of David Moyes. Ahead of the 2014-15 campaign, he was appointed assistant to Louis Van Gaal and is now head coach of Wales.