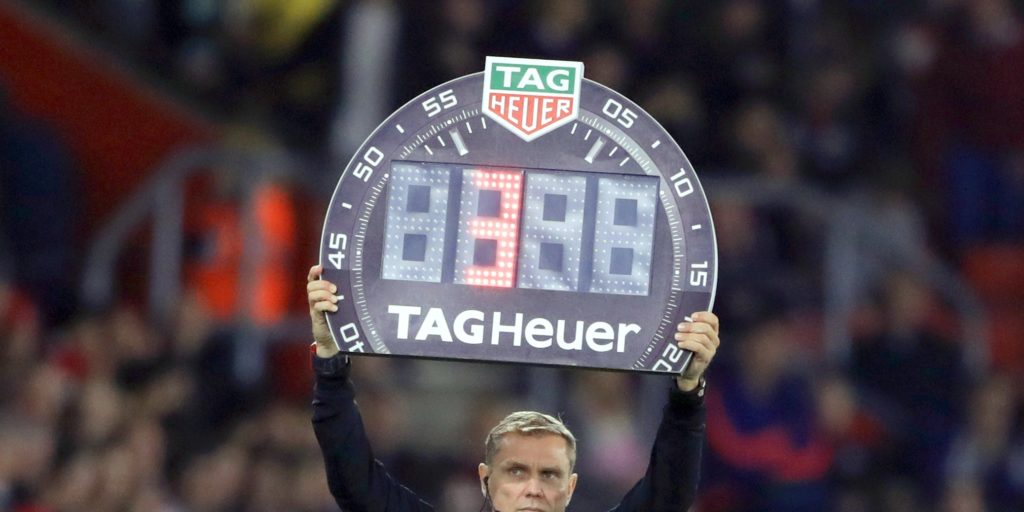 Changes to rules will cater for increased workload.

Premier League clubs have voted to increase the number of substitutes allowed in a match to five for the remainder of the 2019-20 season.

Teams will now be able to have nine substitutes on the bench, the league has confirmed.

It follows a temporary dispensation introduced by the game’s law-making body the International Football Association Board.

The purpose of the change is to help manage the workload of players who are returning to action after the suspension of the Premier League due to the coronavirus pandemic, and who are likely to have very little further break before the 2020-21 campaign begins.

The Bundesliga, which returned in May, has adopted the five substitutes rule.

Substitutions can only be made at a maximum of three points in a match, to avoid unnecessary delays.

The PA news agency understands no decision was taken on a framework to curtail the season at Thursday’s meeting.

There had been reports ahead of the meeting that some clubs were still hoping for relegation to be ruled out if the season could not be finished.

EFL chairman Rick Parry warned last month that “lawyers are going to get wealthy” if the Premier League did attempt to block clubs being promoted from the Championship, and said it would be a breach of the tripartite agreement between his organisation, the Premier League and the Football Association which was set out when the English top flight was founded in 1992.

It has been reported that clubs will only settle on a curtailment model in the event of a competition being suspended for a second time.

Guidance on returning to domestic competition set out by the Department of Digital, Culture, Media and Sport last weekend calls for there to be “an agreed procedure in place to modify, restrict, postpone or cancel the competition”.

There is not expected to be any definitive announcement on fixtures just yet, or confirmation of which broadcasters would screen which games with all 92 matches set to be televised.

Clubs were sent the return to play and match day operations draft protocols – covering details on what matches behind closed doors should look like – earlier this week and these were discussed at the meeting.