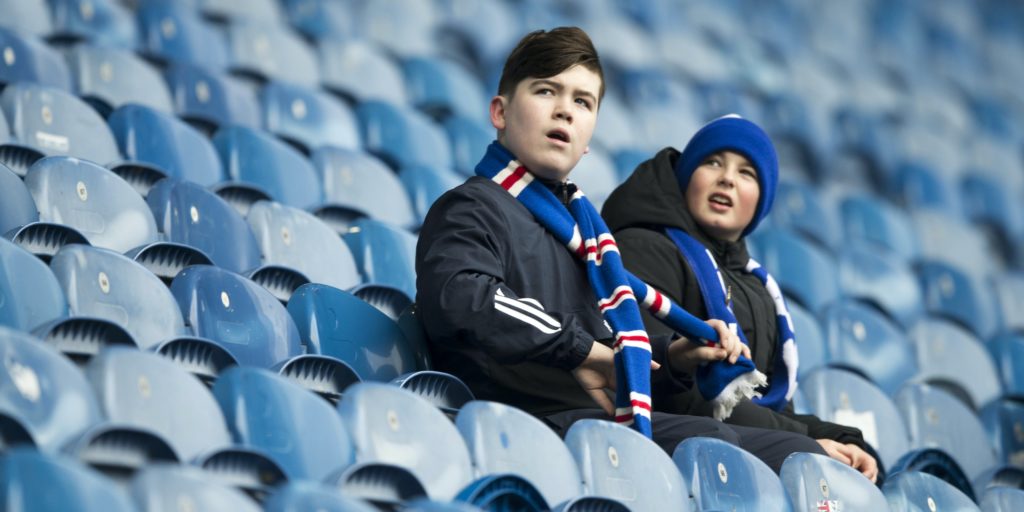 Locked-out fans will have access to virtual season tickets.

Rangers managing director Stewart Robertson has still not ruled out “small crowds” being present when the Scottish Premiership season kicks off.

The top flight is targeting an August 1 kick-off with the latest breakthrough towards that target coming via an agreement with Sky for clubs to sell virtual season tickets to locked-out fans.

Robertson confirmed that every Ibrox season ticket holder would have access to a stream of home matches and added on Rangers TV: “We are working on the basis that the season is going to start at the beginning of August.

“That will obviously depend on the government restrictions but at the moment it is looking as though it will be the beginning of August, probably behind closed doors initially, maybe with small crowds. There is a lot of work going on in that side of things.”

No target date has been set for other Scottish divisions but Robertson revealed the latest on plans for the Betfred Cup, which normally starts in mid-July.

“We are hoping to be back (for pre-season training) round about June 15,” he said. “There is a lot of detailed work behind the scenes there.

“We look forward to announcing a couple of pre-season friendlies as well, we need to get the guys up and running again, but we need to do it safely and carefully.

“It looks as though the League Cup is going to be moved back to October/November time. That’s not been confirmed yet but that’s the latest.”

Rangers are still in last season’s Europa League having lost 3-1 at home to Bayer Leverkusen in the first leg of the last 16 hours before football in Scotland was suspended.

“We are still waiting to hear from UEFA as to when we will be playing the second leg of the Bayer Leverkusen tie,” Robertson said.

“Indications are early August but we have not had that confirmed. There is a UEFA executive committee meeting in mid June we’re hoping to hear then.

“That hopefully will also confirm the details of the Europa League qualifiers for next season.”