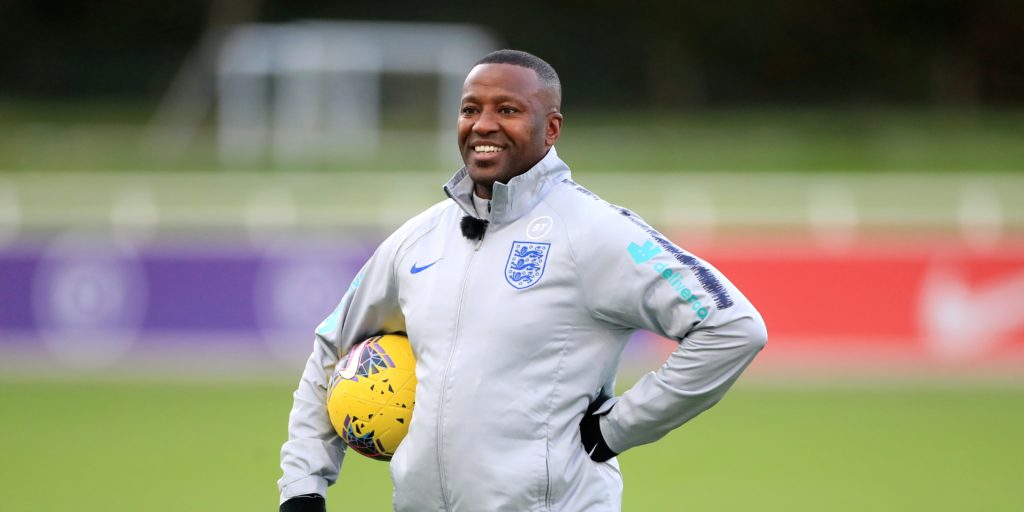 England Under-21 coach Michael Johnson has called on football to lead the fight against racism.

The former Derby midfielder believes the game can be a shining light during troubled times.

Johnson joined the Under-21 coaching staff this season as part of the Football Association’s Elite Coach Placement Programme, which aims to solve the challenge of under-representation of BAME coaches.

Teams and players, including Jadon Sancho and Paul Pogba, have sent powerful anti-racism messages following the death of George Floyd in America and, following the protests in the US and around the world, Johnson wants to see football step up.

“The game can really be a power for change,” he said.

“It needs to be become more unified – all clubs, all governing bodies – to really start. In leadership positions, right across the board, whether it’s disability, women and for BAME candidates as well.

“I hope and pray a lot more organisation right across the game will look at the FA and what we’re doing and start to say, ‘You know what, what are our processes, what are we doing to make it a lot more diverse in our boardrooms, so that we can be a power for change?’

“So that we’re not just saying it, we’re actually doing it.

“There’s a way to go and there’s no getting away from the fact that there’s been a battle and we’re still having to put up with stuff from 30, 40 years ago.

“The fact players are now taking the knees and so many clubs have come out with their own campaigns about racism is already starting to speak volumes about how important this issue is.”

Johnson, 46, guided Guyana to their first ever Gold Cup last year, his first full-time managerial job, and has ambitions to be a sporting director.

He left the South American country last year and has had interviews for sporting director roles.

But the ex-Birmingham star, who helped take them to the Premier League for the first time in 2002, admitted he has found obstacles.

The former Jamaica international said: “The problem I had was I had to go half way round the world to get an opportunity with Guyana. That went really well. The country qualified for the first Gold Cup in its history. That gave me a bit more of a profile.

“It seemed to be the feasible thing for me to gain more knowledge and experience, to learn from the likes of Aidy (Boothroyd) and Gareth (Southgate) in that environment, even though he is the senior manager.

“Just to be in and around people like that and learn from them is only going to be a benefit to me. This was an absolute no-brainer when it became possible.”