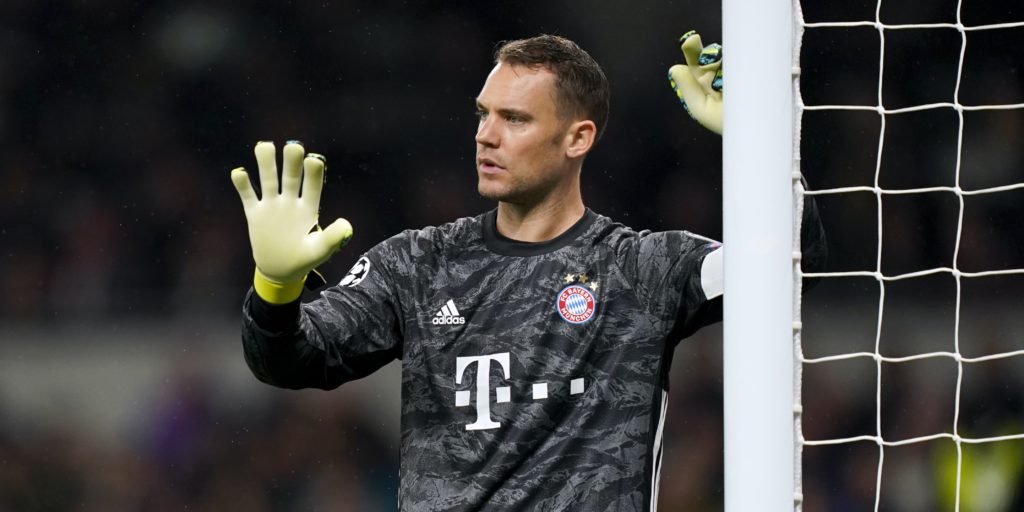 Bavarian giants move a step closer to another Bundesliga title with victory away to Bayer Leverkusen.

Bayern Munich captain Manuel Neuer believes his side’s mindset made all the difference after they came from a goal down to win 4-2 at Bayer Leverkusen and inch closer to an eighth successive Bundesliga title.

The Bavarian giants fell behind when Lucas Alario stabbed home in the ninth minute but they overcome their sluggish start to score three times in 17 first-half minutes.

Kingsley Coman raced through to coolly level just before the half hour, Leon Goretzka gave Bayern the lead with a sweet left-foot strike after 42 minutes before Serge Gnabry lifted over Leverkusen goalkeeper Lukas Hradecky on the stroke of half-time.

Lewandowski’s 44th goal of the season in all competitions ended the tie as a contest at the BayArena, rendering 17-year-old substitute Florian Wirtz’s stunner mere window dressing.

Neuer said in quotes on Bayern’s website: “Our mentality made the difference. We conceded a goal after nine minutes, we were up against strong opponents.

“But Wolfsburg won here (4-1, in Leverkusen’s last home match on May 26), so we can certainly do the same. We showed that, we were the better team. We needed some time to get a grip but struck ruthlessly then.”

The visiting players wore T-shirts saying ‘Rot Gegen Rassismus’ which translates to ‘Red Against Racism’ as they warmed up while donning armbands with the message ‘Black Lives Matter’ during the game.

Neuer said: “We players communicate the message all the time. We’re tolerant, open-minded and see no space for it [racism]. We have no place for it here.”

Bayern boss Hansi Flick said after his side’s 10th straight victory in all competitions: “Football is about winning your matches. We’ve demonstrated it impressively in 2020.

“We had problems at the beginning, which rightly led to the opener. But we bounced back, we demonstrated our attitude and mentality. It was actually quite good to go a goal down because the team picked themselves up.”

Goretzka marked his 50th Bundesliga appearance with a goal and an assist and he said: “(We are) finding our way back by fighting hard and battling in one-on-ones. It’s not easy to turn the tide against strong opponents.

“We did that well. We engaged cruise control in the last 20 or 30 minutes.”

Leverkusen head coach Peter Bosz believes his side’s defeat was characterised by too many errors.

He said: “We lost against a top team. It looked as if we could keep up in the first 30 minutes, but even then I felt we wouldn’t turn in a top performance.

“It was mainly down to Bayern of course. They upped the pressure, we had little time in possession.

“If we want to beat Bayern, we need 11 players, all of them bringing their top performance. Unfortunately we made too many mistakes.”