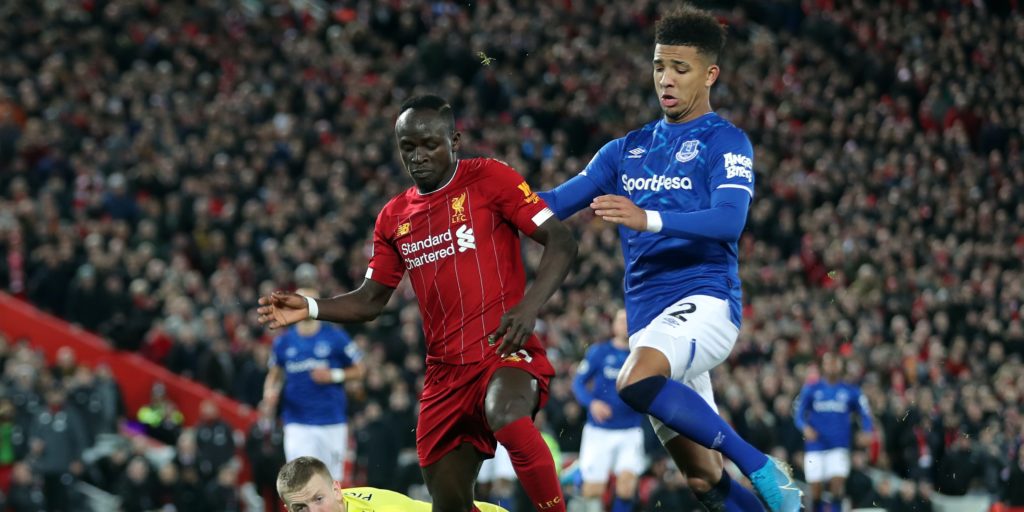 Liverpool have been given the green light to potentially seal their first league title in 30 years at Anfield after it had looked as though any decisive game could be moved to a neutral venue.

The Reds need six points to seal their first championship since 1990, and Merseyside Police have given the go-ahead for what could be the crucial game against Crystal Palace on June 24 to be played at Anfield.

Liverpool’s Premier League matches against Everton and Manchester City, both due to be away fixtures, are the only ones which might have to be played at neutral venues with police forces and local authorities giving approval for the rest of the initial 32 confirmed fixtures to be played on a home-and-away basis.

The Merseyside derby has been fixed as a 7pm kick-off on Sunday, June 21, with the match one of 33 in the remaining 92 to be made available free to air, in this case on Sky’s Pick channel.

A decision on where the match will be played is expected on Monday, when Liverpool City Council’s safety advisory group meets to decide whether the game can be played at Goodison Park as scheduled or needs to be moved away, as the English top-flight prepares to resume behind closed doors amid the coronavirus pandemic.

The derby was one of five fixtures on a list issued by UK’s football policing lead, Deputy Chief Constable Mark Roberts of South Yorkshire Police, which were set to be played at neutral venues at the request of local forces.

Three of the five games on that ‘neutral venues’ list are within the fixtures released by the Premier League on Friday, which cover the first three full rounds of matches in the resumption. The list had also included any game where Liverpool could seal the title.

Merseyside Police appeared to contradict DCC Roberts last week by saying they were happy to police matches in Liverpool. The derby could be the game where the Reds clinch their first top-flight title in 30 years, if Manchester City slip up against Arsenal on June 17, but they can wrap it up irrespective of what City do if they win their opening two games.

City’s game against champions-elect Liverpool, who are 25 points clear of Pep Guardiola’s side, on July 2 is also listed as ‘venue TBC’, and had also been on the list of matches earmarked to be moved to a neutral venue.

All other matches without the ‘venue TBC’ disclaimer have been given the go-ahead by local police, the PA news agency understands.

That means another game on the original neutral venue list, Manchester United versus Sheffield United, can be played at Old Trafford on June 24.

The London derbies between Tottenham and West Ham on June 23 and West Ham versus Chelsea on July 1 have been approved by the Metropolitan Police. London Mayor Sadiq Khan has previously expressed misgivings about Premier League matches being played in the capital.

The first two matches of the resumption will both be on Sky Sports – Aston Villa versus Sheffield United and Manchester City against Arsenal, on Wednesday, June 17. The games will kick off at 6pm and 8.15pm respectively.

The first Saturday 3pm game goes to BT Sport, who will screen the match between Brighton and Arsenal in that slot. The first of the BBC’s live matches – their first top-flight game since 1988 – has been confirmed as Bournemouth versus Crystal Palace which will be shown on BBC One at 7.45pm on Saturday, June 20.

Amazon also has four matches, all of which it is making available free to air without a subscription to its Prime service. The first of them will be Palace against Burnley on Monday, June 29.

Two of the three rounds of matches will primarily be played in midweek slots. This is because the FA Cup quarter-finals will be played on June 27 and 28, with the BBC and BT Sport sharing the rights to those games. The kick-off times and channels for those matches was also confirmed on Friday.

Speaking about the fixture announcement, Premier League chief executive Richard Masters said: “We are pleased to provide fans with further updates on the provisional restart of the Premier League season.

“We know it won’t be the same without our loyal supporters in stadiums but, together with our broadcast partners, we are able to ensure fans can watch or listen to each match live from home. It is important that as many people as possible can access our games so we are extremely happy that more than a third of our remaining fixtures will be televised free-to-air here in the UK.

“I am delighted we are able to take another positive step towards the season returning in just under two weeks’ time.”