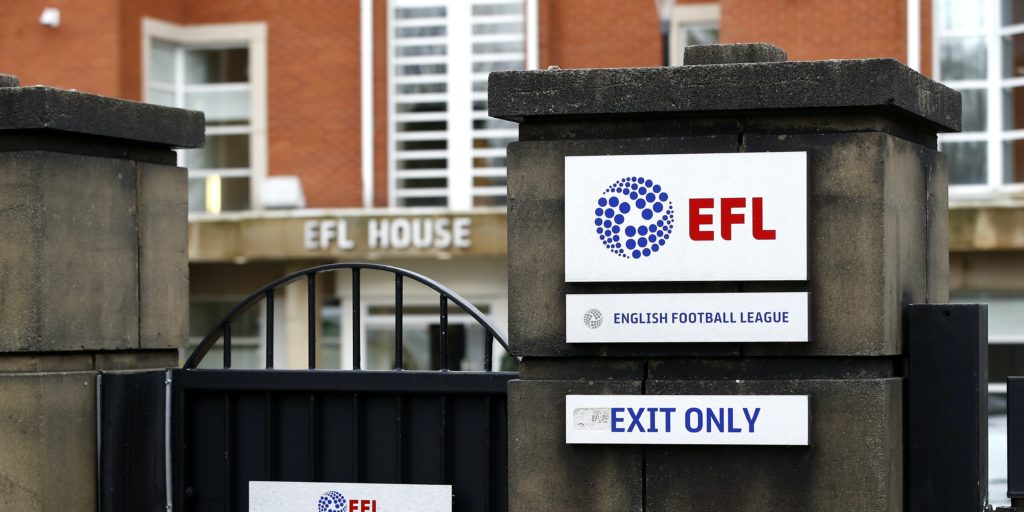 Two alternatives to the EFL board’s framework have been put forward.

English Football League clubs will vote on the framework for ending the 2019-20 season on Tuesday, with the bottom two divisions then set to vote on whether to cut the campaign short amid the coronavirus pandemic.

The EFL board has proposed a framework which would keep promotion and relegation, retain the four-team play-offs and decide the final league tables on an unweighted points-per-game basis.

Two alternatives have been proposed; Barnsley’s scraps relegation in the event of a division being unable to finish, while Tranmere’s involves applying a margin for error to the points-per-game system.

There are then amendments to the EFL framework to be voted on. Lincoln’s calls for a change in how points deductions are applied to the points-per-game calculation, Ipswich’s involves further consultation with clubs on the play-offs format if the season cannot be completed, and Stevenage’s scraps relegation from League Two if the division votes to curtail the campaign.

For any framework or amendment to be adopted it would require both a majority vote among Championship clubs and a majority among the full 71 member clubs.

Most clubs are expected to be represented on the video call by a proxy, and the video conference call is due to start on Tuesday morning.

Leagues One and Two are then expected to vote in the afternoon on whether or not to end the season. If they do vote to cut it short, the final table will be based on whichever framework was approved earlier in the day. A majority of clubs in that division would be required for a motion to carry.

Fourth tier clubs have already indicated an intention to curtail the season, while League One clubs are undecided.

The Championship fixture list for the remaining nine games was announced on Monday, including the television selections for the first three rounds of matches.

The season is set to resume on June 20, with the regular campaign due to be completed on July 22. London rivals Fulham and Brentford will go up against each other in the first televised game, at 12.30pm on June 20.

Five further games will be televised on Sky Sports on the subsequent weekend, June 26-28, including Bristol City v Sheffield Wednesday at midday on June 28.

In all, Sky Sports will screen 30 of the remaining 108 Championship regular season matches.

The remaining 78 matches will be available via the iFollow streaming service or an equivalent to season ticket holders of the clubs involved in the individual game.

Match passes will be available for GBP 10 per match for those who want to watch but do not have a season ticket for either of the clubs involved.

As it stands, it is understood the fixtures will be played on a straightforward home-and-away basis. Sky Sports will also screen the 15 play-off matches in each division.