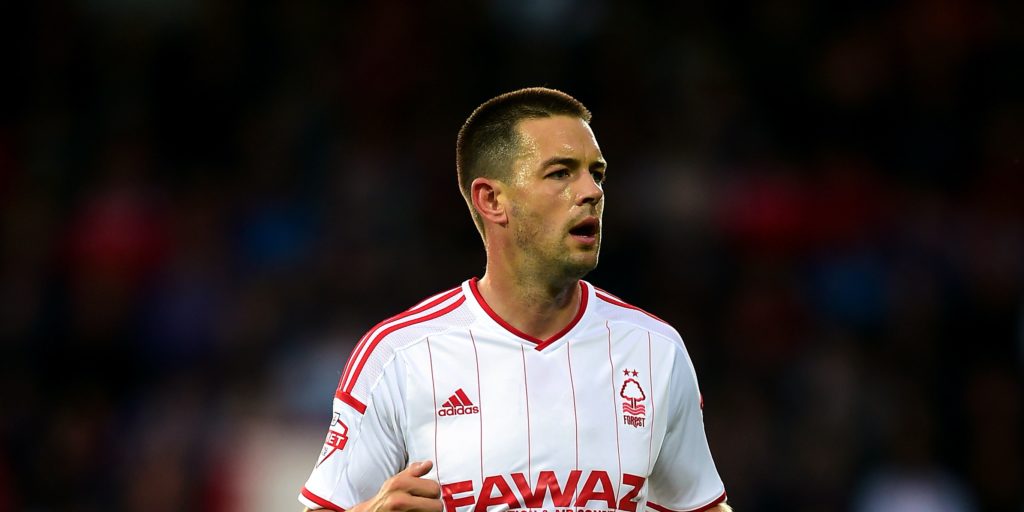 Fryatt spent three years at Nottingham Forest between 2014 and 2017.

Matty Fryatt is suing Nottingham Forest after he claims the club mismanaged the injury which ended his career.

The former striker alleges the club was negligent in treating an Achilles problem he suffered during the 2014-15 season and is seeking substantial compensation.

Fryatt – who says his mental health has been affected by the experience – insists his pleas were ignored and he was pressured to play through the injury which ultimately forced him to retire early at the age of 31 in 2018.

Forest have denied any wrong-doing and the club have said they will be “defending” their actions.

The ex-Hull forward – who scored in the top four divisions and netted 135 career goals – had to quit after developing chronic left Achilles tendonitis.

He told the PA news agency: “It feels like my career has been taken away from me, stolen.

“There was no care. You were an object. I was put under pressure to play and forcing me to play caused the damage which ended my career.

“I feel sick with it all, frustrated, sadness. I’ve felt alone, abandoned and let down. It hurts. How was I left in this situation?

“It’s something which shouldn’t go on and I wouldn’t want it to happen to anyone else.

“Forest’s lack of understanding and their ignorance to it is so hard to take.

“They don’t want to take responsibility and for it to be dismissed the whole time, it’s like they weren’t listening to what I was saying. I find it appalling.

“It was like, ‘take the pills, get through it and you’ll be fine’. I was taking pills in the warm up, before the game, half-time. I wasn’t thinking about the football, just ‘when will it be over?’

“They didn’t listen to the injury or treat it as serious. I was telling them how much pain I was in.”

He did not play in his final two seasons at the City Ground after first suffering pain while walking on the pitch during a game against Birmingham in November 2014, just six months after playing in Hull’s FA Cup final defeat to Arsenal.

The 34-year-old played and trained until March 2015 – featuring in 12 Championship games – despite being in pain, while he also underwent surgery three times in May 2015, August 2015 and February 2016.

He claims he was advised to train barefoot by Forest’s medical team and alleged that holes had to be cut in his boot to ease the pain.

His final game, a 2-1 defeat at Charlton in March 2015, came just two days before his 29th birthday but the realisation his career may be over did not come until November 2016, after two years of struggle.

“It was dismissed there and then. Early on I couldn’t get through a Tuesday training session when half the players had just come off a Christmas do,” said Fryatt, who made 26 appearances and scored six goals for Forest.

He says the injury also affected his mental health and admits he has been difficult to live with, thanking wife Charlotte and his children Georgie, Charles, William and Louis for their support.

He said: “I’m a shadow of my former self. I’ve been difficult to live with for the past five years. There’s no confidence, I’ve felt lost.

“I keep running through the events and keep thinking how it could be different.

“It’s like PTSD. Even talking about it I can feel myself getting sweaty.

“I’ve been a nightmare, I’m lucky my wife and family are supportive but I’ve been so difficult. Without their support I don’t know where I would be.

“I was 28 when this happened and my children won’t be able to see me play. When they watch the clips it’s raw and it feels unjust I can’t do it any more.

“Shane Long, a former team-mate at Hull, has just signed a new two-year deal at Southampton. He’s going to be in the Premier League until he’s 35, it’s good for Shane but I stopped playing at 28. There’s a bitter taste.

“I’m generally quite reserved but I have started talking to a psychiatrist.

“Before, I worried if I mentioned it I’d feel guilty and selfish. The more I speak about it the better it is, these things should be spoken about.”

Fryatt has tried to move on and the former England Under-19 intentional is in the final stages of completing his UEFA A Licence badge.

He rejoined first club Walsall as a part-time coach for their Under-15s during the 2018-19 season but his injury affected his ability to hold training sessions.

After six months out of work he became a part-time scout for Cardiff in January this year but has struggled to watch the game he can no longer play.

“Cardiff have treated me really well but I feel as if I’m missing out. I’m watching the players thinking, ‘I should be there’,” he said.

“I left Walsall and before Cardiff I was unemployed. There are financial pressures, especially not being at an age for a pension. Football moves on and it doesn’t really care.”

Fryatt’s solicitor Barrington Atkins, from the London firm Stewarts, said: “It will ultimately be for the court to decide whether the treatment of Mr Fryatt was negligent. We hope his case will contribute to the increasing focus on player safety, player welfare, and the duty of care owed by football clubs to their players.”

Forest said in a statement: “The club can confirm that it is defending proceedings which have been commenced by a former player Matthew Fryatt.

“The claim relates to medical treatment received by Mr Fryatt prior to the current ownership of the club commencing.

“As is normal the claim is being handled by the club’s insurers and the club will be making no further comment on the proceedings.”