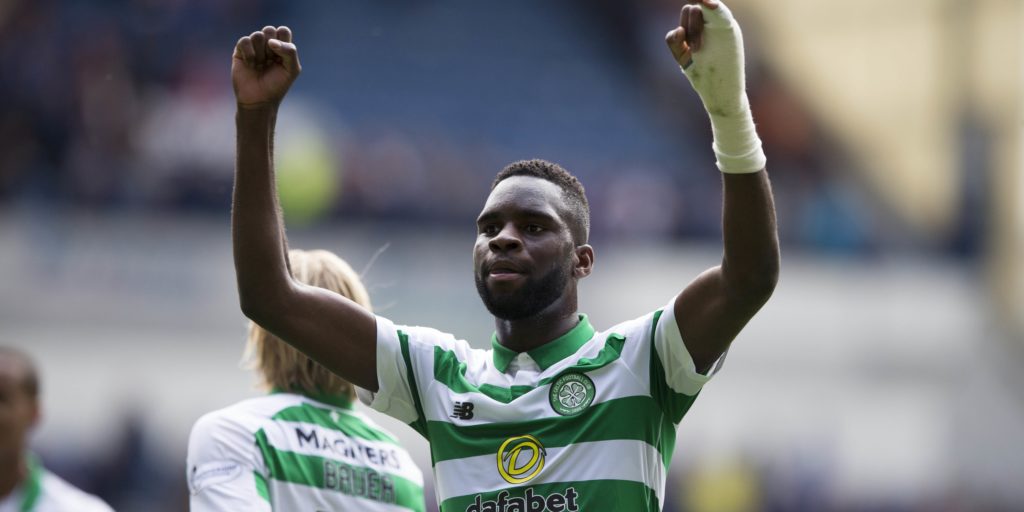 Odsonne Edouard has set his sights on doing more damage to Rangers and firing Celtic to history.

Edouard hit 28 goals for Celtic last season as they equalled a Scottish record by sealing a ninth consecutive title win.

The French striker’s future has been the subject of speculation following his impressive form, which has seen him named Celtic’s player of the year.

But the 22-year-old is focused on helping Celtic reach their long-held target.

“Every season we want to win the title,” he told Celtic TV. “This year is nine in-a-row, and next year I hope it is 10 in-a-row. This will be historic for the club.

“It’s very important for the club, for the fans, for the team, for all of the staff. We now need to go back to work for next season, and I hope that we can win this title for 10 in-a-row.

“As for season highlights, the goal at Ibrox back in September is one of my best goals of the season, scored in an important game.

“I’m happy about that, and now I want go back to working hard, to try and score again against Rangers.”

Celtic return to training on Thursday, when the suspension of all Scottish football activity is lifted for Premiership first-team squads only.

Edouard said: “I’ve worked hard throughout lockdown. Working alone is not easy, but I’ve kept my fitness up and I look forward to getting back to training.”